Anti-Racist Propaganda in Comics: True Comics 39 - "There Are No Master Races!" 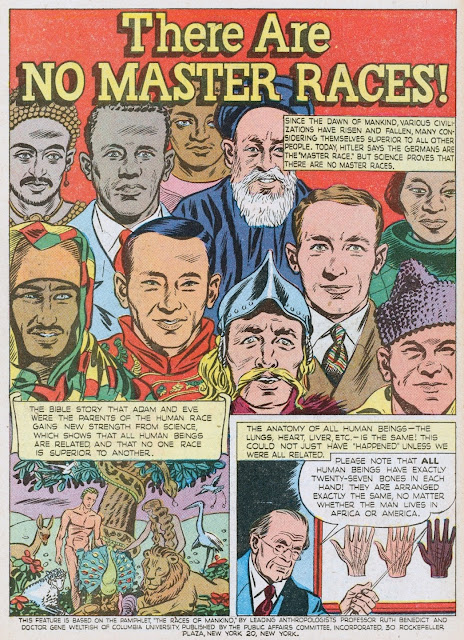 During the 1940s, True Comics, of what might be called a true life, factual, or educational genre, promoted the humanist viewpoint of publisher George J. Hecht. A nice article about the series can be found on the Virginia Commonwealth University website. Quite a number of complete issues can be read in the Digital Comic Museum. Hecht used the comic to disseminate anti-racist propaganda that flew in the face of Nazi claims of racial superiority and inferiority, and of Aryan supremacy. True Comics 39 (Sept-Oct 1944) featured an overtly anti-racist piece entitled "There Are No Master Races", which presents practical reasons in support of racial equality. This story (and the whole issue) is available in the Digital Comics Museum, but the scans presented below are of higher resolution and are 'cleaned up'/edited with image editing software. 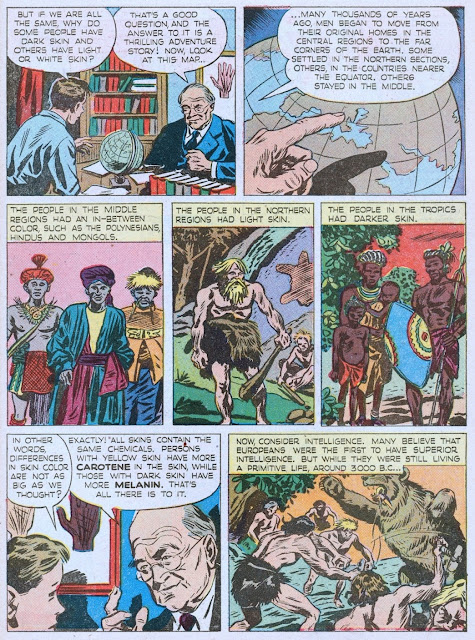 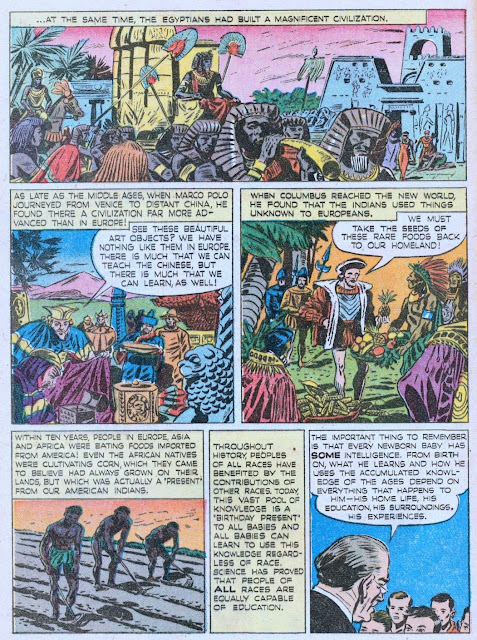 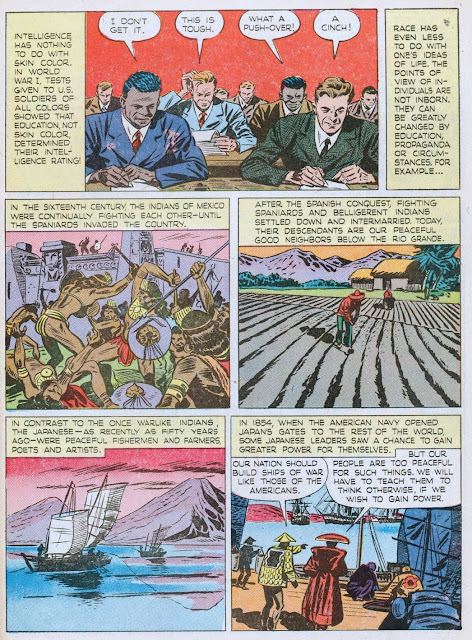 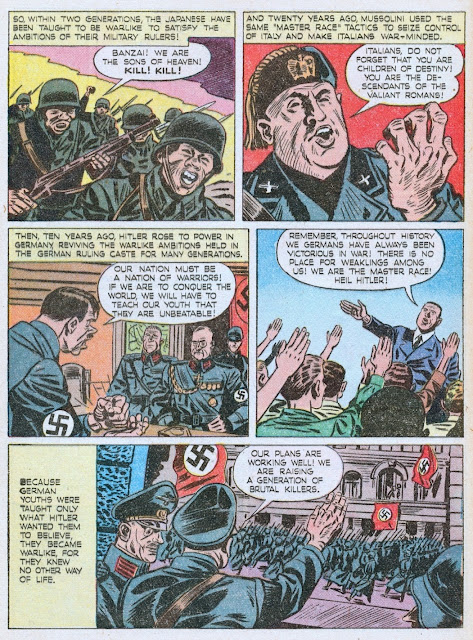 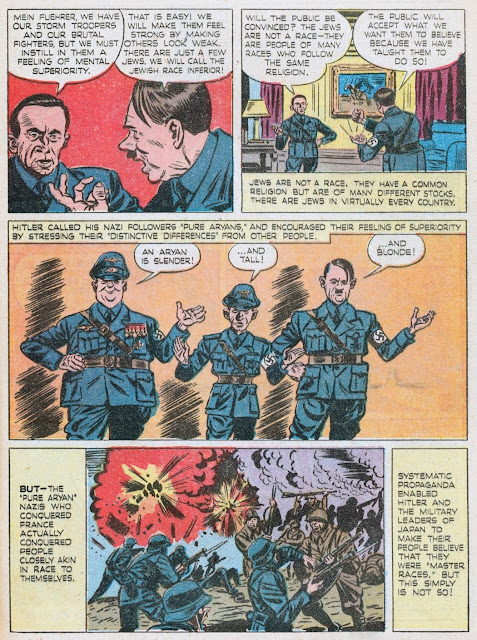 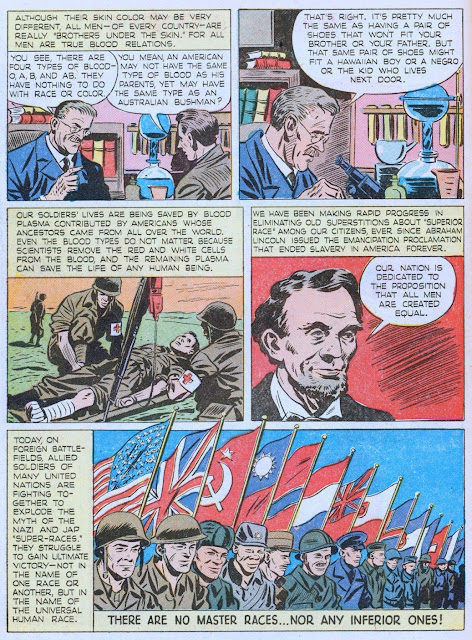 This story was also distributed as a propaganda pamphlet - I've seen one for sale on eBay for a considerable sum. I like this issue of True Comics because it shows that, while segregation was still a reality in American society at the time, there were people working to change things, and Hecht was one of those people. Little by little things did change, and comics played their part in the emergence of a more civilized world.
Posted by KB at 9:11 AM


Out Of This World Bookstore