British comic papers were commonplace from the 1890s onward, and often consisted of some pages sequential art stories, i.e. actual comics, and some pages of text stories with or without an illustration. Alongside the comic papers were also story papers, that were composed solely of text stories that also might have an accompanying illustration. An interesting example of this kind of publication, interesting because it evolved into an actual comic later in its history, was Girls' Crystal. According to the UK Comics Wiki, "Girls' Crystal (known as The Crystal for its first nine issues), was a weekly Amalgamated Press, later Fleetway, publication that debuted on 28 October 1935 as a story paper. On 21 March 1953 it was reconfigured as a comic, and it continued until 18 May 1963 when it was merged into School Friend." Note that examples of stories from the 1959 School Friend Annual are featured on Out Of This World, and give a good idea of what Girls' Crystal became like as a comic.

The example of a Girls' Crystal story paper below shows that the front and back cover were printed with blue and red ink, while all other pages were in black ink only. Some of the stories were complete within one issue of the paper, while others, like 'The Merrymakers at College' in this issue, were ongoing serials. The paper/comic must have been popular, as it was published for 28 years! Here is issue 521 from October 13th, 1946: 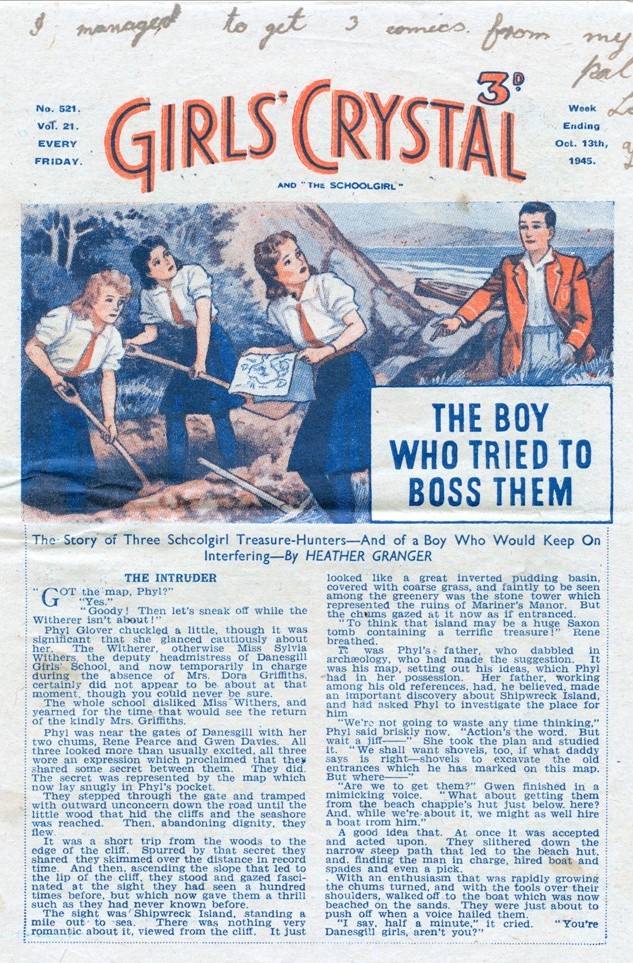 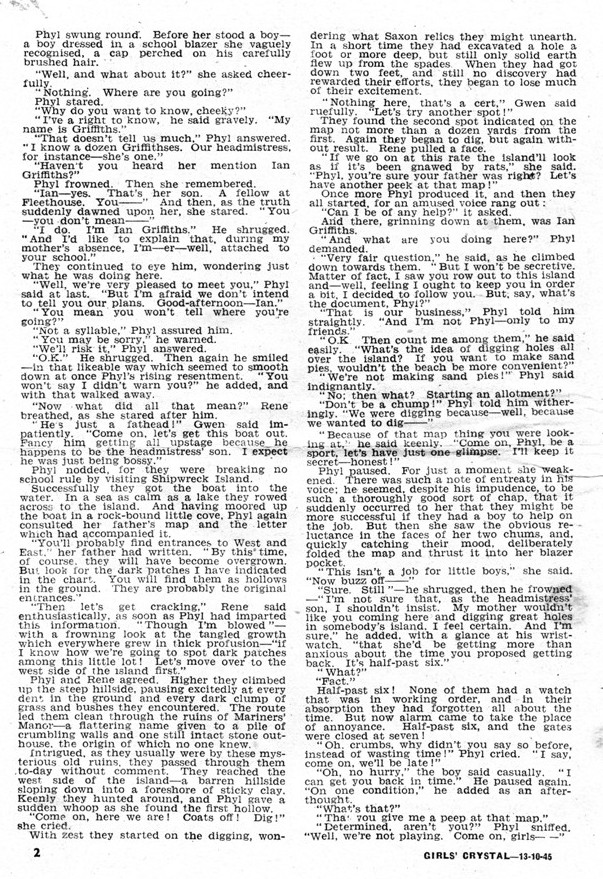 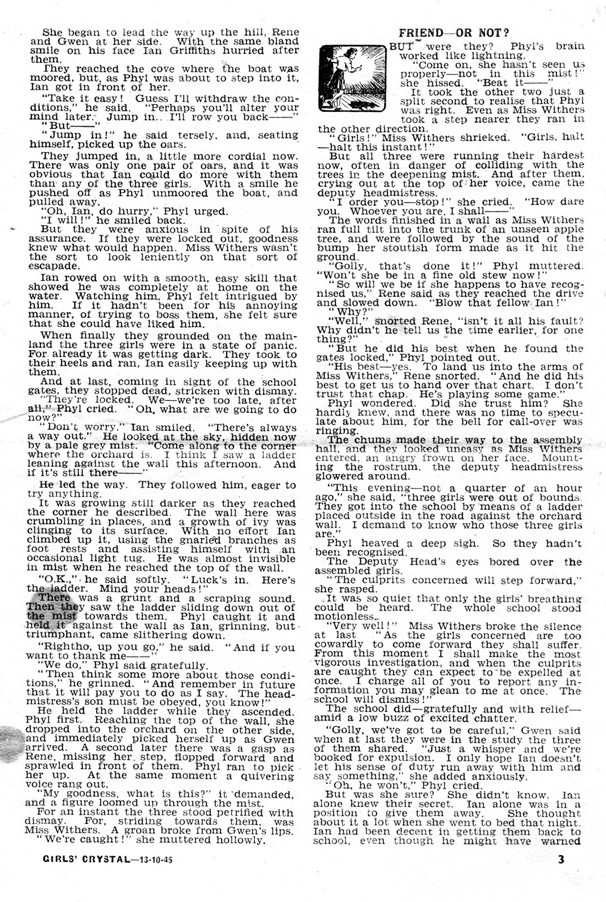 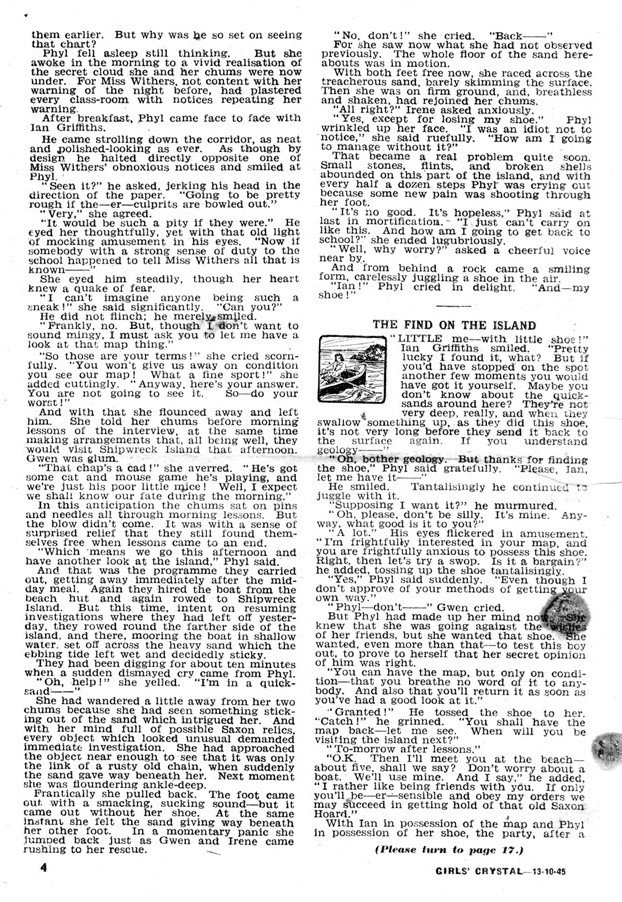 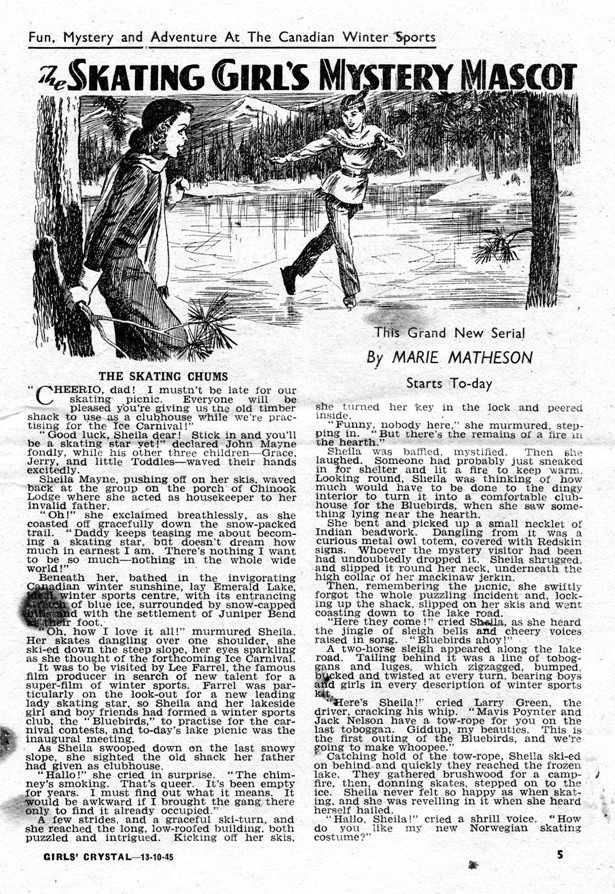 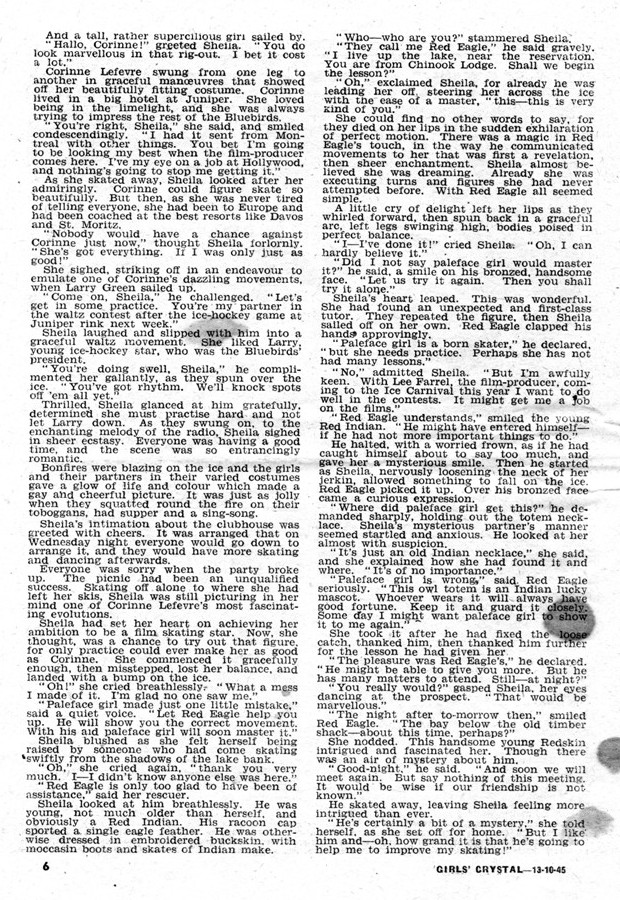 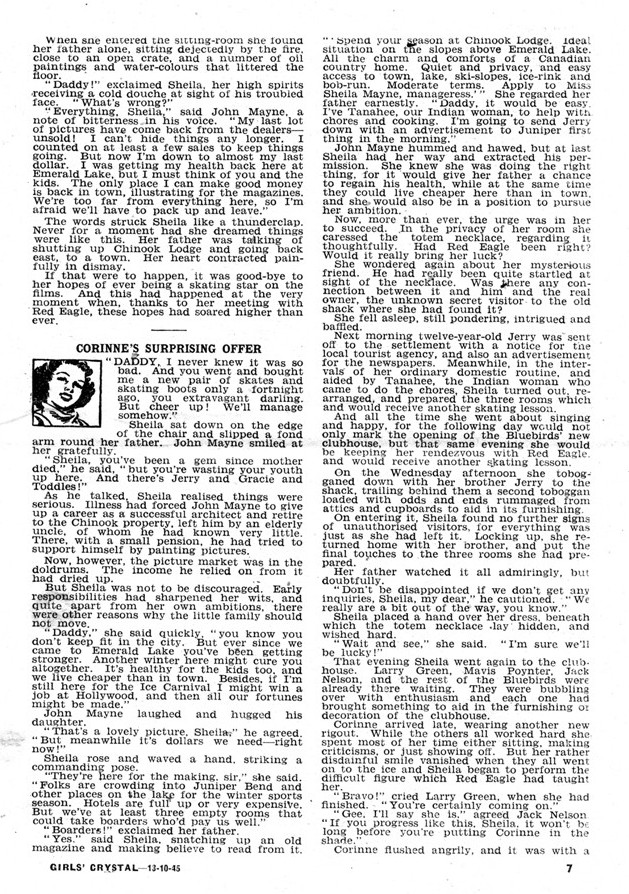 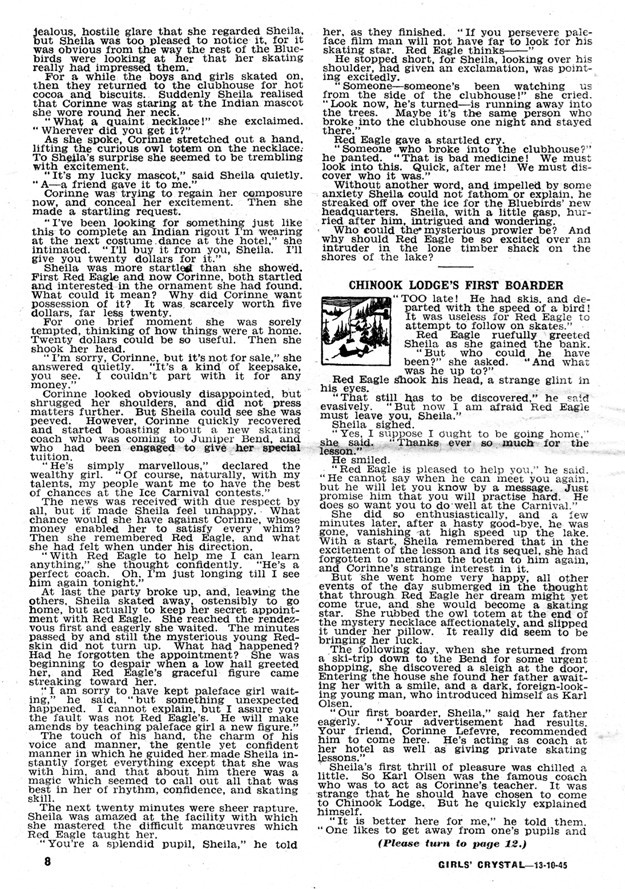 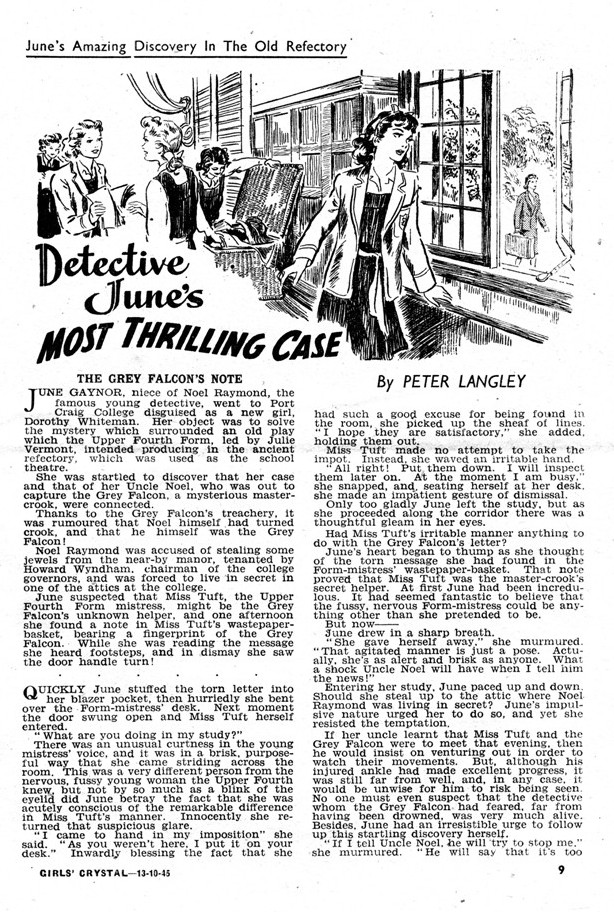 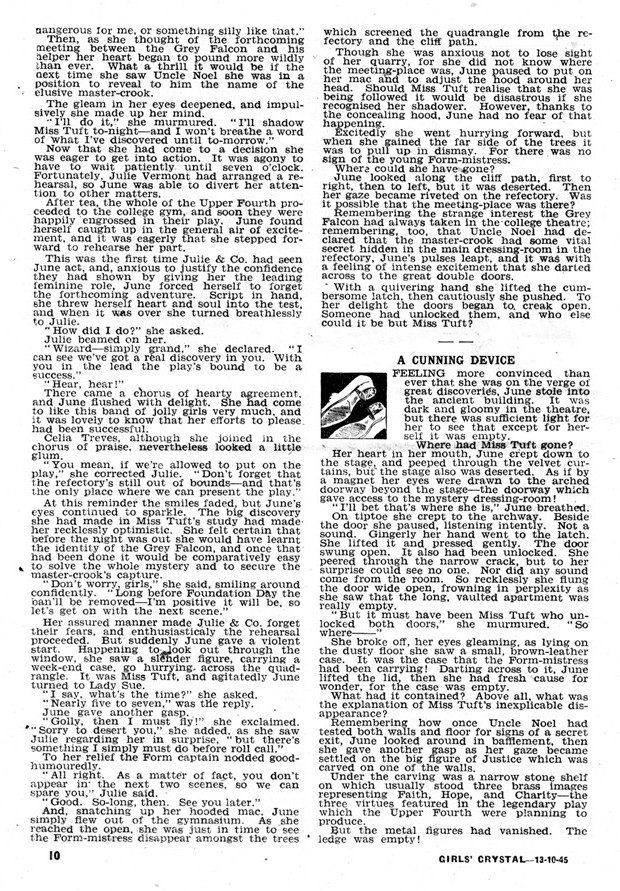 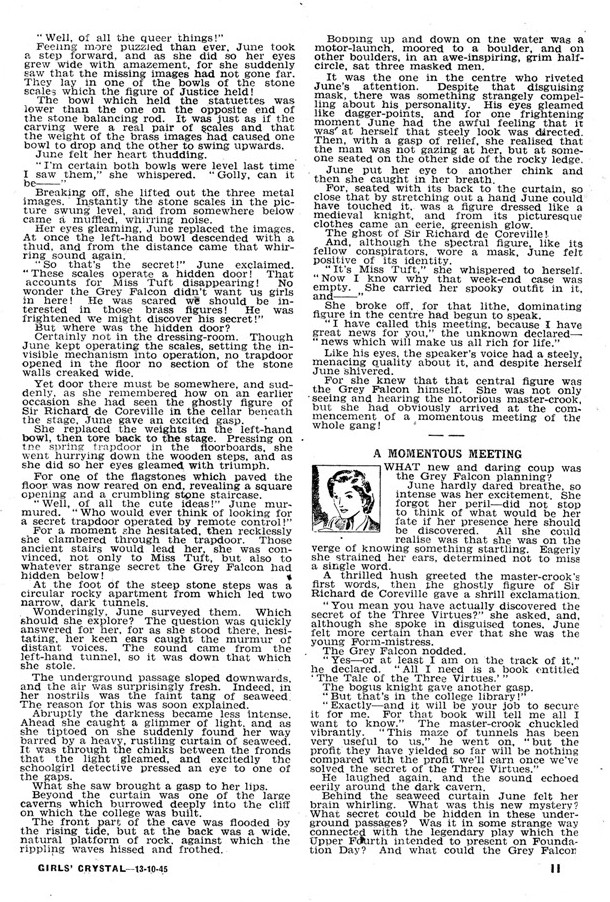 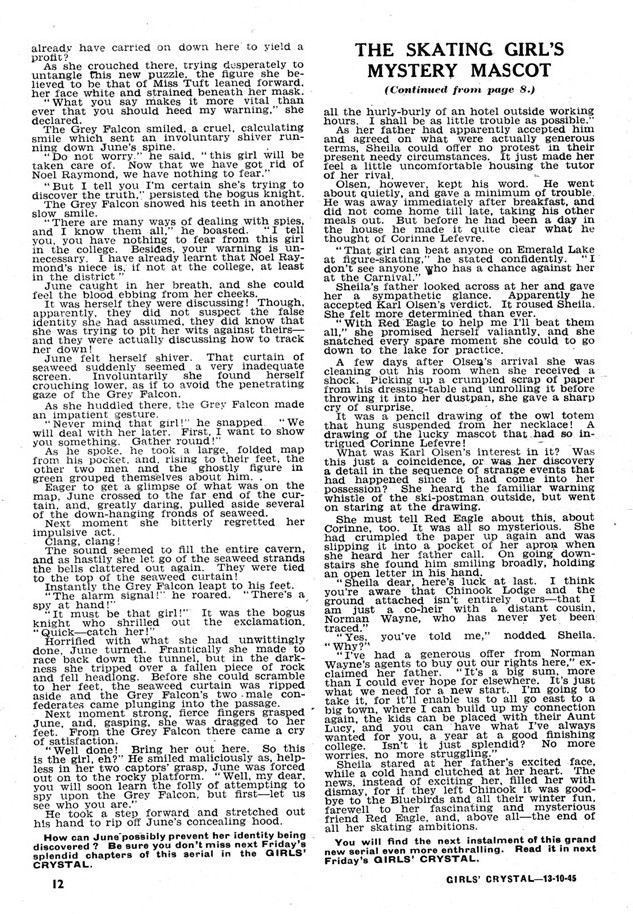 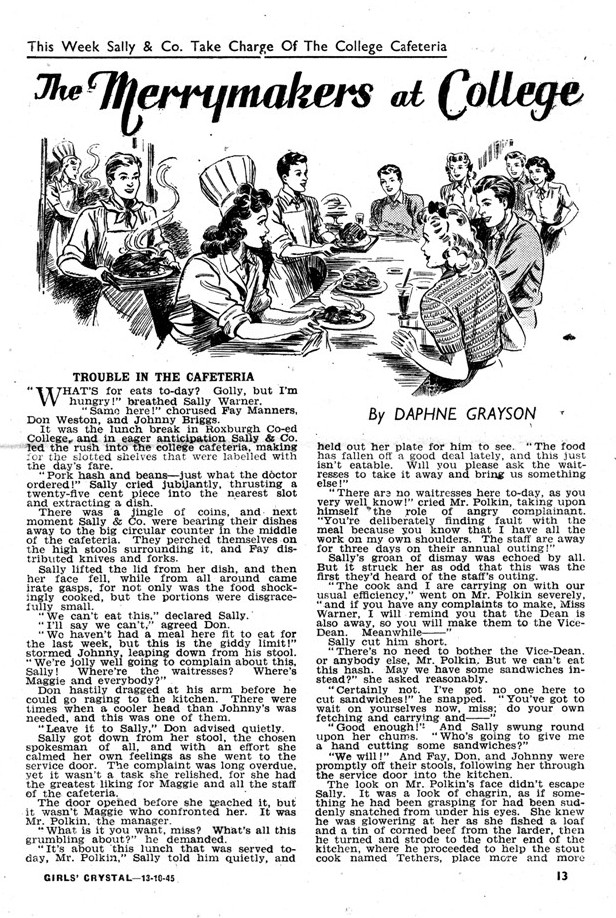 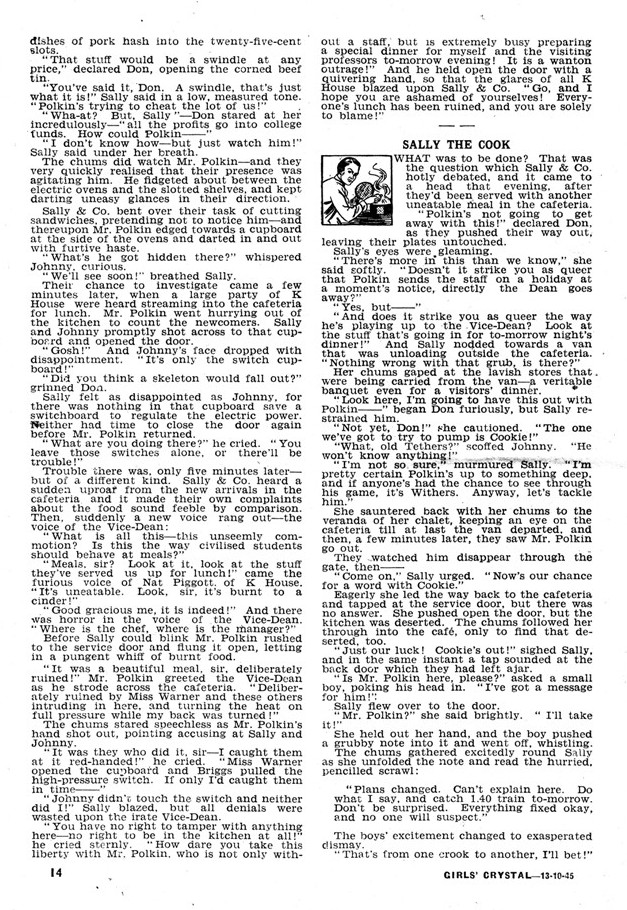 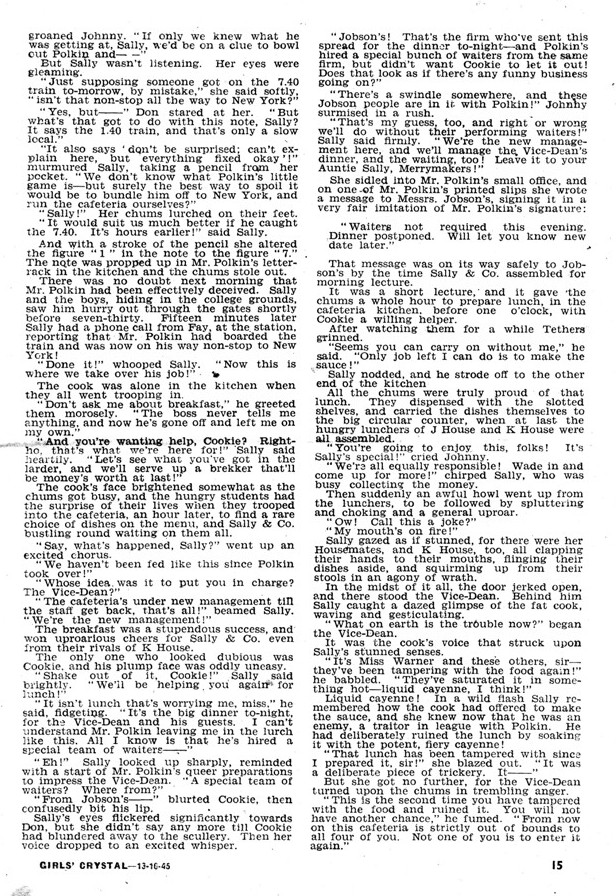 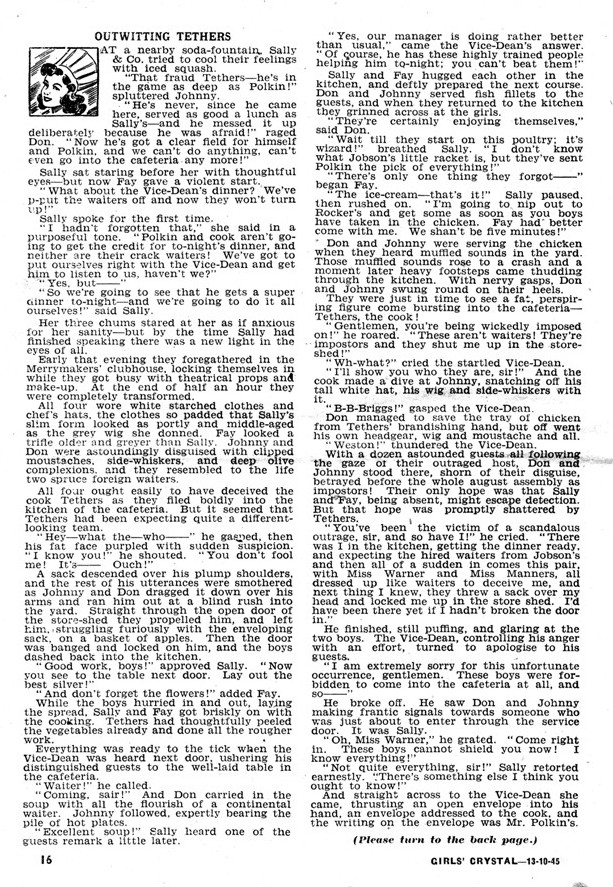 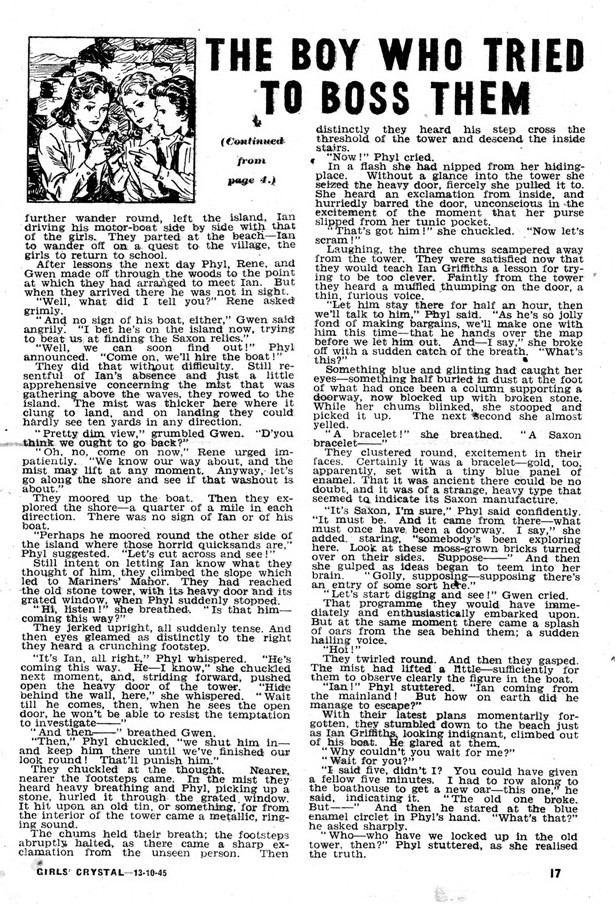 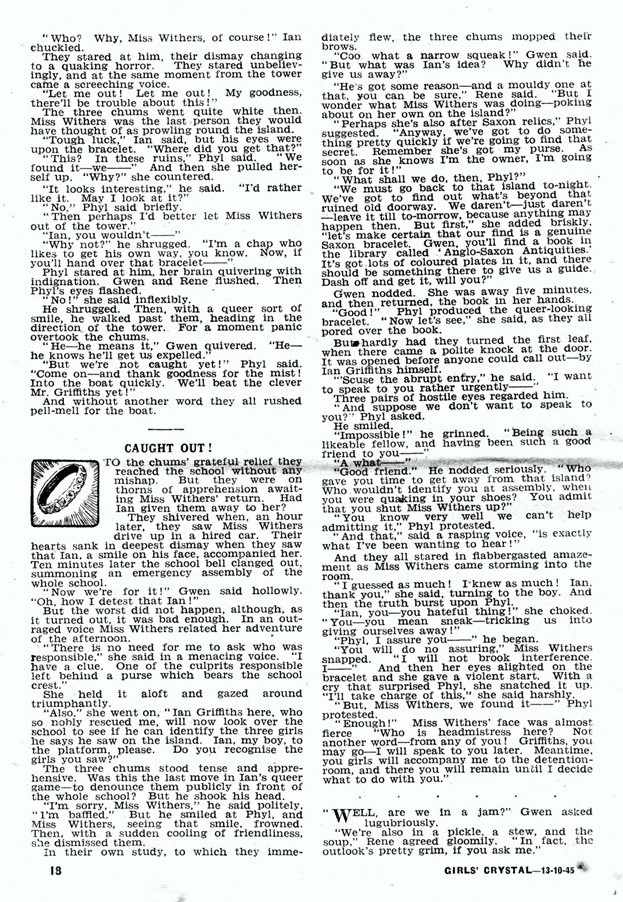 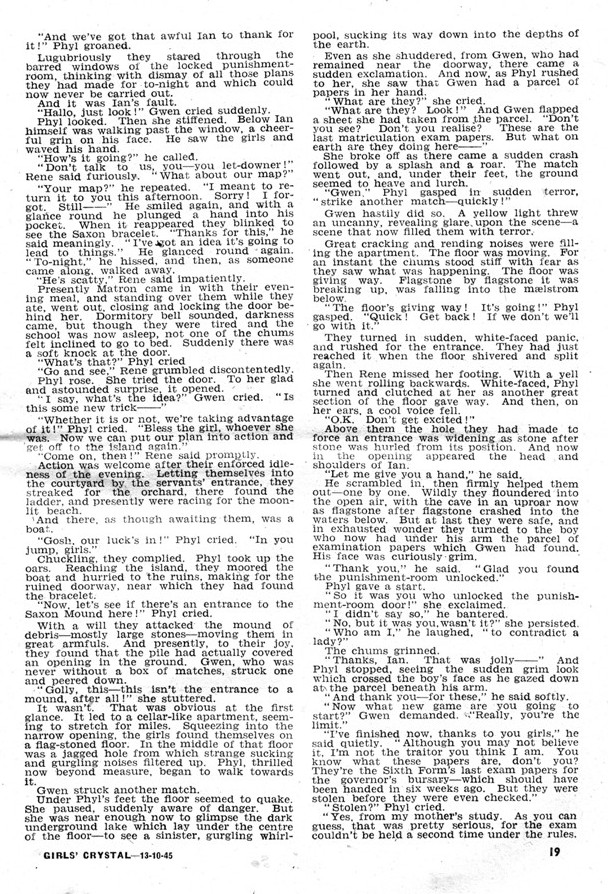 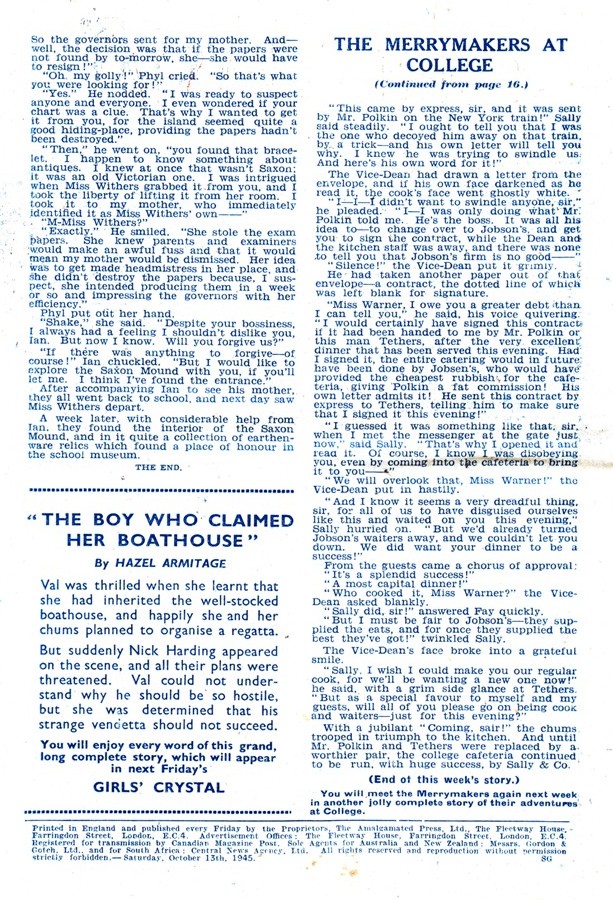 The stories in this issue seem to be of the same ilk as those to be found in mid-twentieth century British girls' comics and story papers - very upper middle class, private school girls doing exciting stuff like searching for treasure, going ice skating in Canada, etc. The 'Merrymakers at College' serial is rather confusing to me, however. It appears to be set in America (upstate New York?) but everyone speaks with a dash of spiffing upper-crust British vernacular. When this issue of Girls' Crystal was published, many working class British girls (like my mother, for example, who was 13 at that time) were still dealing with rationing and the the rubble that was left all over London from the Blitz. The scenarios and characters presented in these stories would have been, in their own way, as other-worldly as science fiction - a fantasy world with a lifestyle that some maybe would have aspired to but which in reality was almost completely out of reach for most. But then isn't that the way that fantasy is supposed to work? We can all dream...