During Black History Month 2011 Out Of This World will feature some of the earliest black superheroes in comics, starting with Misty Knight. Misty's first appearance in comics was as an 'extra' in Marvel Team-Up 1 (March 1972), but her identity was unknown to readers at the time. On her way to a Christmas party in Jersey, Misty is mugged by a couple of racially integrated thugs, fortunately for her but not for the crooks, just as Spidey and the Human Torch happen to be passing by in their search for the Sandman. 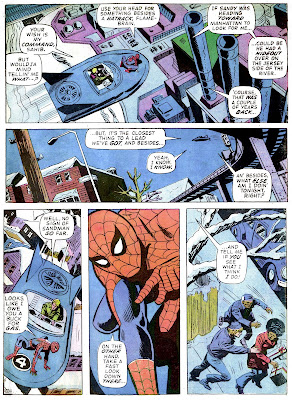 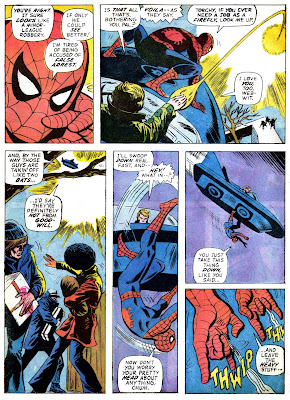 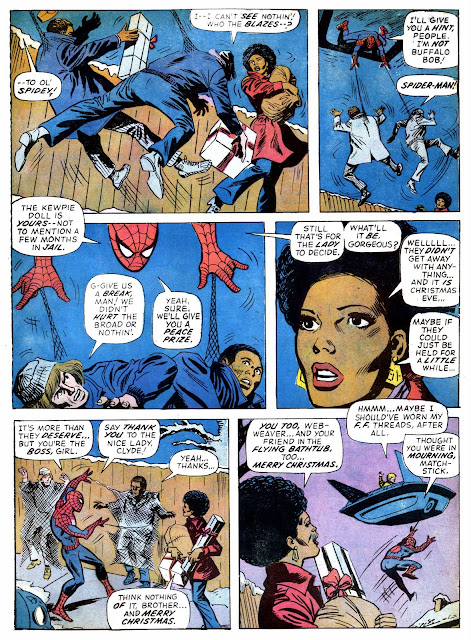 That first appearance was retconned into the Marvel universe at a later date, in a story arc that begins to include Misty starting with Marvel Premiere 20 (Jan 1975, written by Tony Isabella), featuring Iron Fist. Here we see Colleen Wing referring to her business partner, Misty. 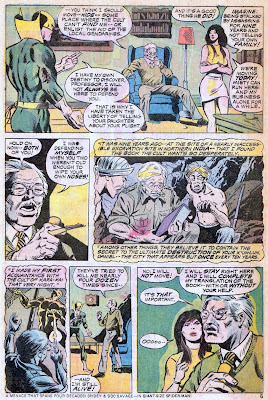 In the next ish Iron Fist returns to Professor Wing's brownstone to find the aftermath of a battle. He's greeted by a suspicious Misty Knight, whose attack takes some fending off. Iron Fist temporarily subdues Misty, but the urgency of his mission means that at this point he doesn't have the luxury of sufficient time to wait around and get to know her better. 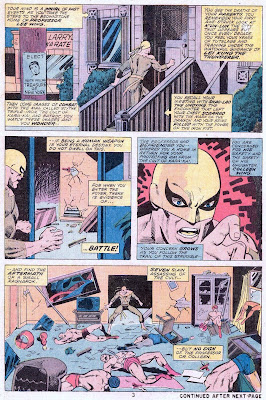 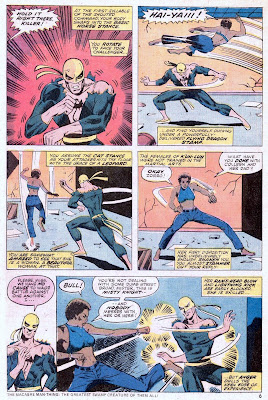 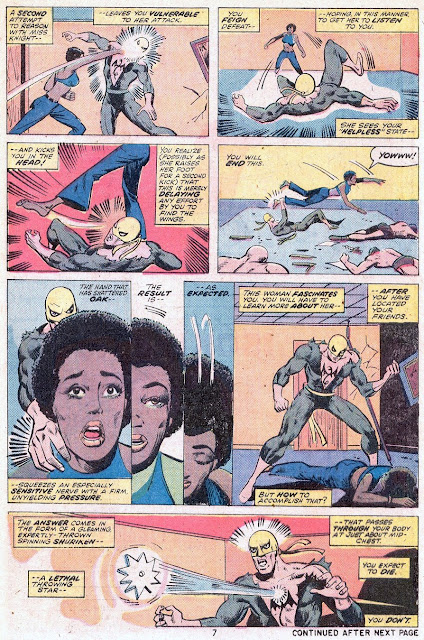 The next time Misty and Iron Fist meet (Iron Fist 1, Nov 1975, Claremont/Byrne), it's obvious she's attracted to him, as evidenced by the romantic kung-fu kick to the jaw that she greets him with. By now her hair has grown into a lovely full afro, and she's costumed up. They've converged in their hunt for the kidnapped Colleen Wing. Misty's wondering why her contact, an employee of Tony Stark, hasn't showed, when gunshots lead her to his corpse. It just so happens that an access key that Iron Fist has, that was taken off one of Colleen's kidnappers, lets them into a powerful computer that can help them locate her. 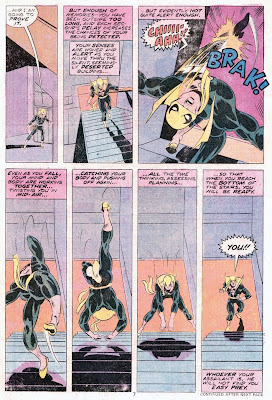 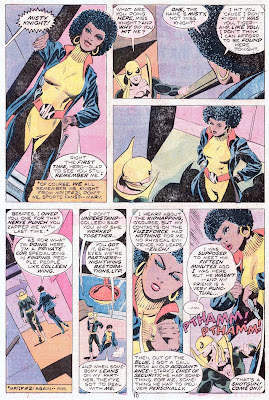 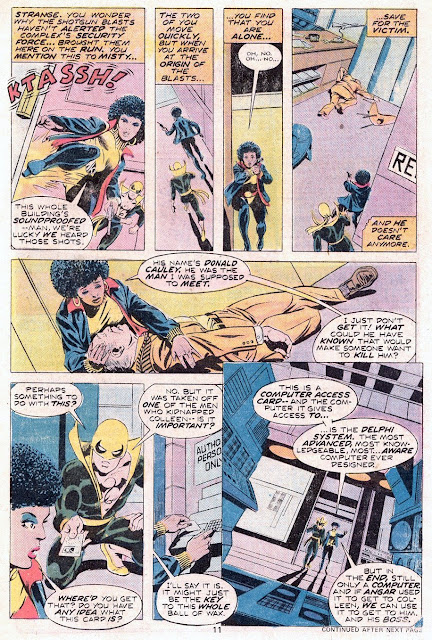 Now you don't have to be clairvoyant to deduce that, if this is all going on in a Stark installation, the security system is going to alert Iron Man! 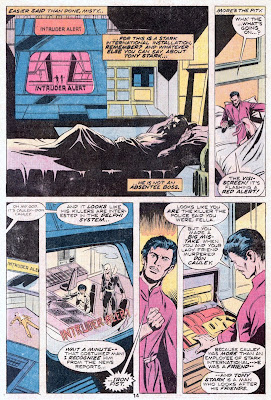 The way it looks is that Iron Fist and Misty are the ones who have killed Stark's employee - cue battle between Iron Fist and Iron Man! It turns out though that the employee/Misty's contact isn't dead after all, and in fact he's a spy working for the enemy. This whole clash between the heroes was a set up, planned so that some or all would perish. Still no Colleen, but Iron Man has been introduced to two new heroes on the block. 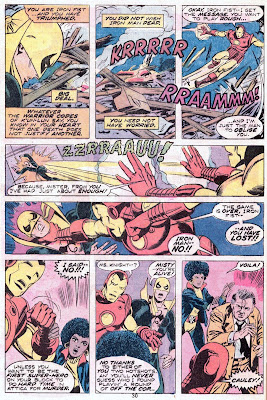 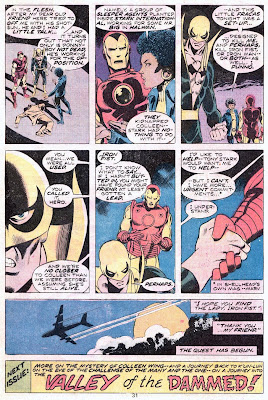 The readers had to be patient for the retcon that links all of this back to Marvel Team-up 1. Chronologically Misty was next going to appear in some of Marvel's b&w magazines, as we'll see in the next installment of Out Of This World's review of Misty's early career in comics.
Posted by KB at 7:14 AM