Enrique Badia Romero is best known for his newspaper strips, especially Modesty Blaise. His work on Axa probably comes in second in terms of recognition, but as you can see from the examples below, it's superb. These are three pages from a section of newspaper strip reprints in an Italian fumetto called Il Mago from around about 1980. There are (or should I say were) reprint collections available in English and some are still obtainable at non-astronomical prices on Amazon, but I guess they are all way out of print. Time for Fantagraphics to put together a new edition? 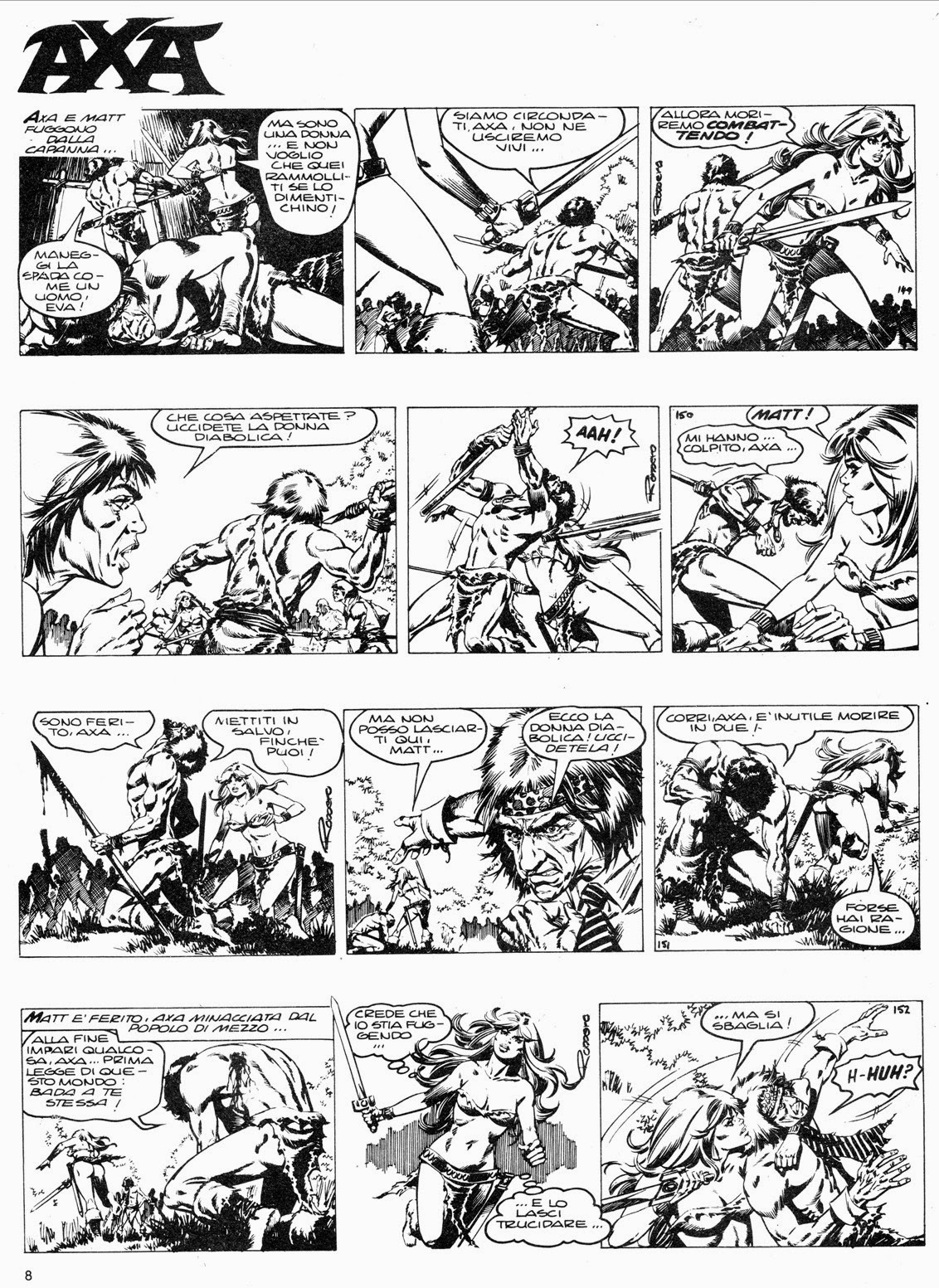 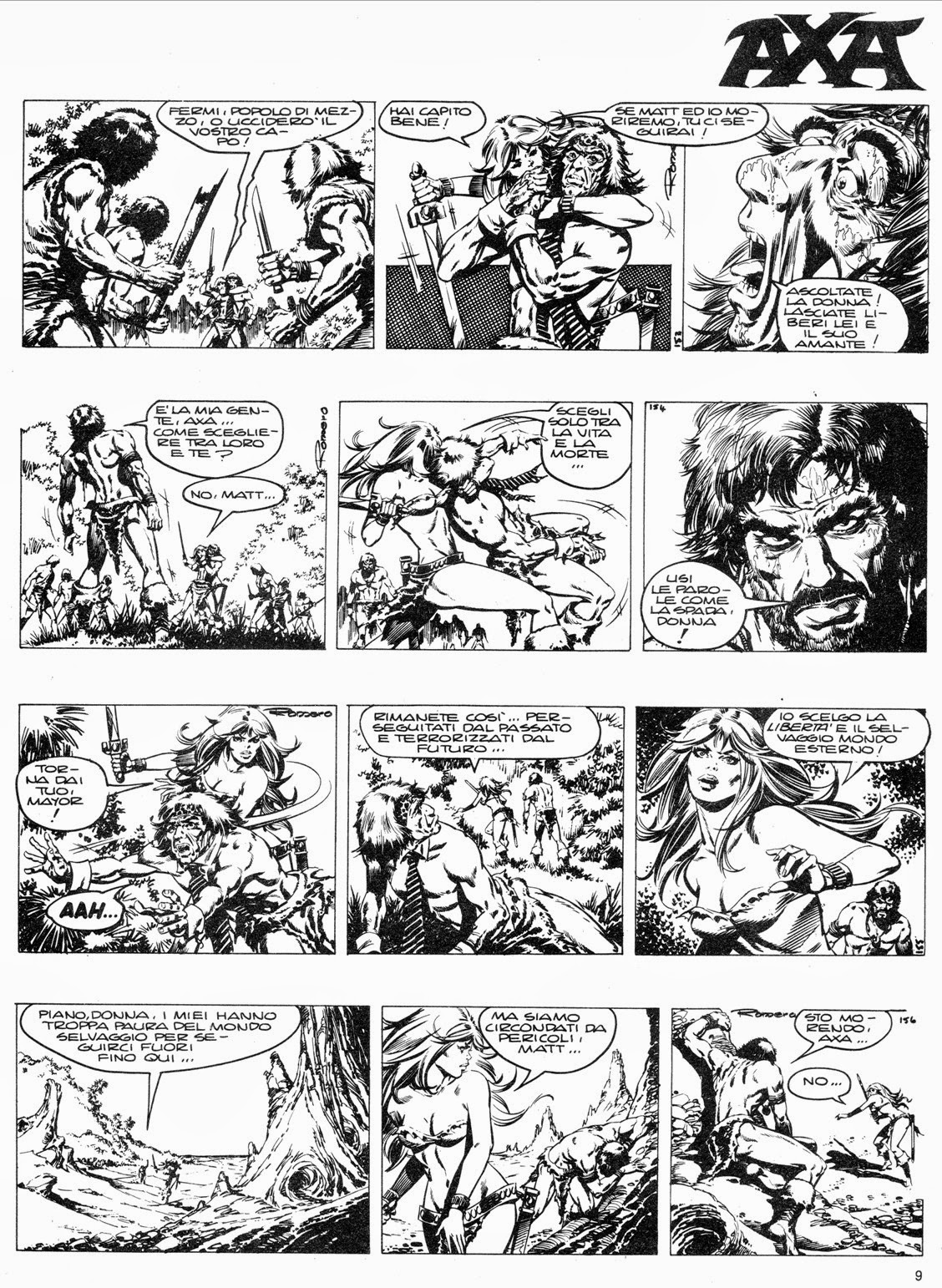 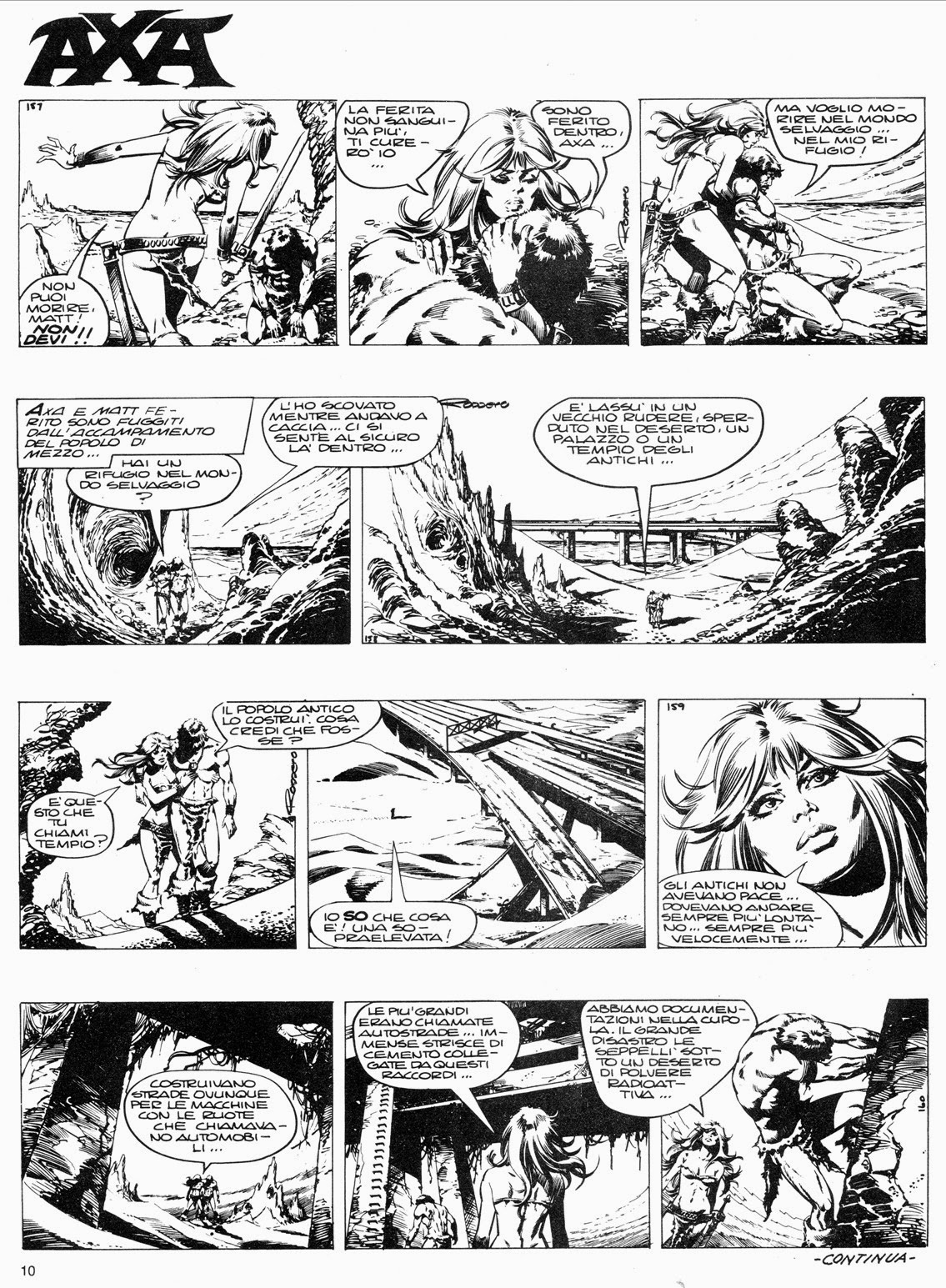 I don't know about you but I want to know what happens next! The sword and sorcery genre, which Axa seems to be part of, is one of a number of Bronze Age innovations or revivals that mark a shift in comic reader tastes happening at the end of the 1960s and into the 70s. That change doesn't seem to be coincidental, given the goings on in society - Civil Rights, Feminism, anti-war movements, and general discontent with what had been the status quo. The beginnings of the Bronze Age in comics appears to be a period worthy of further in-depth study, for both its creative achievements as well as what it might tell us about our society at that important time. As I have been focusing over the last few years on desegregation in American comics, that much has become increasingly apparent the more I study.
Posted by KB at 11:35 AM No comments: Links to this post