With the uploading of a complete scan of All-Negro Comics #1 to the Digital Comics Museum recently, we've got the opportunity to take a critical look at each of the stories contained therein. The main stories are all by different artists, with this one, "Sugarfoot" by someone who just signs himself or herself 'Cravat'. It's a well-written short funny story of 8 pages. Sugarfoot and Snake Oil are a couple of homeless guys on the road, on the look-out for a free meal. There's distinct dialect used in this story, with the dialog written to include slang and pronunciation locating the duo and the family they encounter somewhere in the Southern USA. 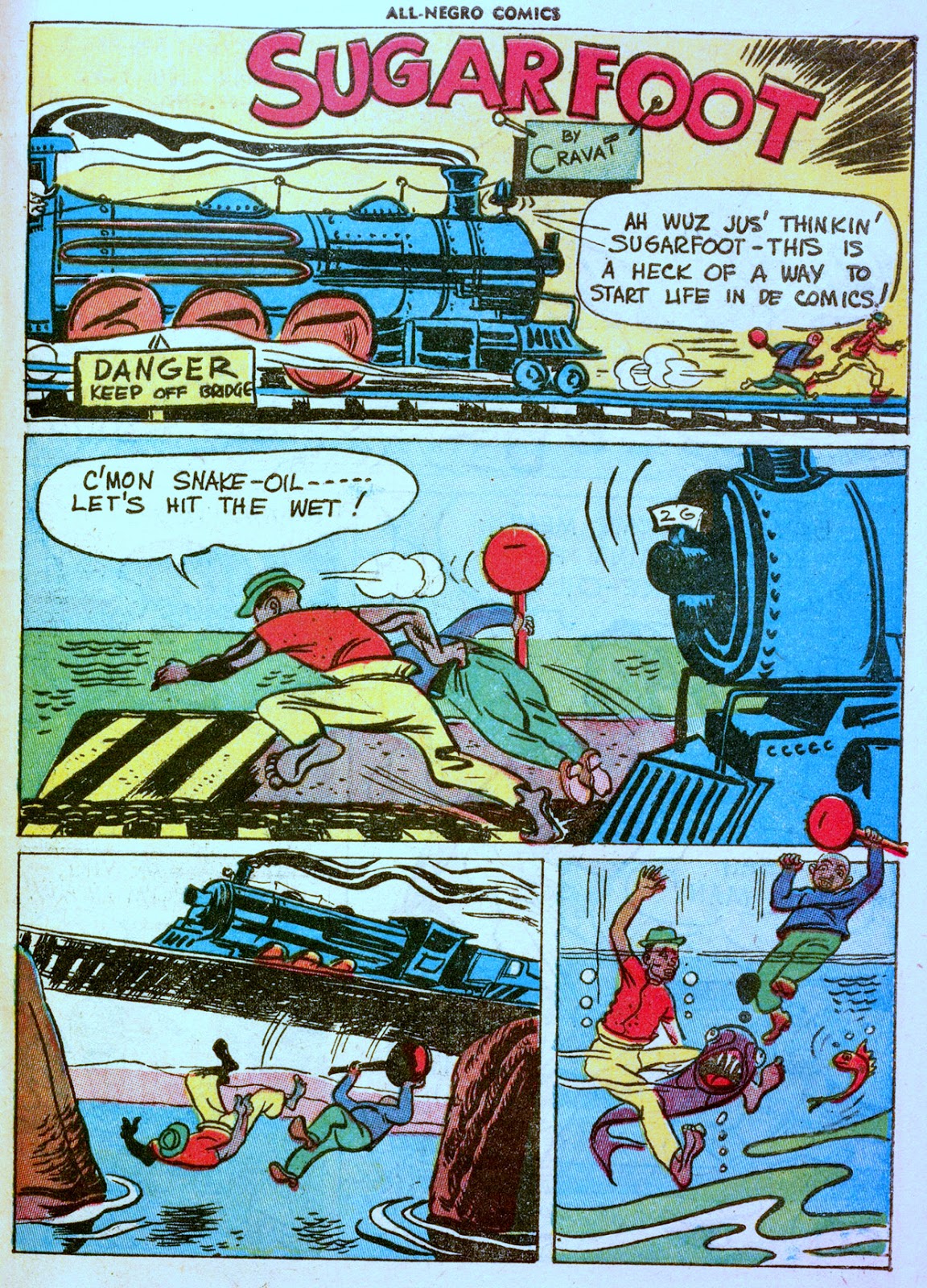 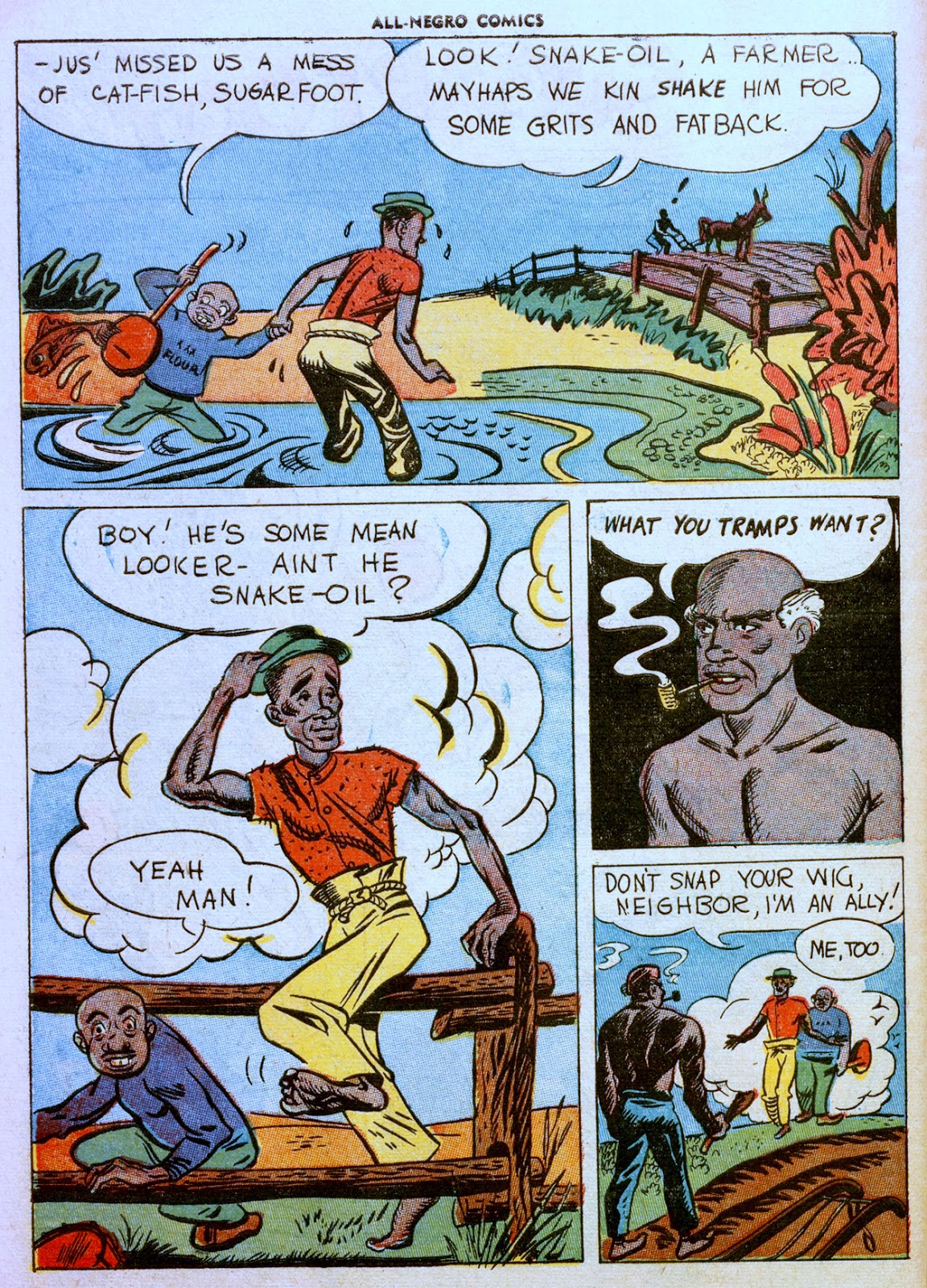 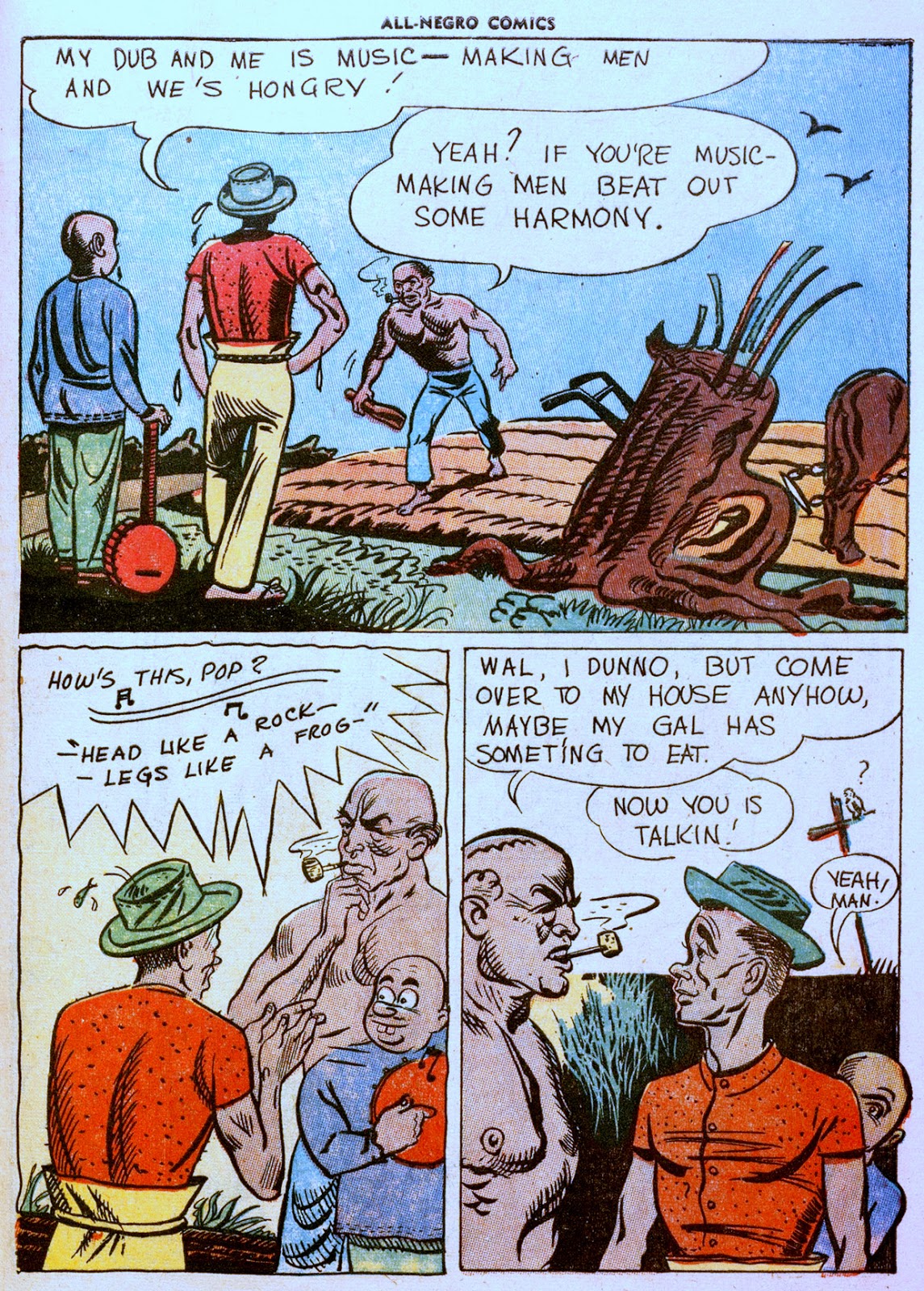 The song that Sugarfoot is singing could be a corrupted version of Washboard Sam's "Soap and Water Blues" that was recorded in February 1947 (ANC#1 was published in mid-1947), but those lines aren't found in the lyrics. The closest is "I've got a gal shaped like a frog" so the connection is highly speculative. 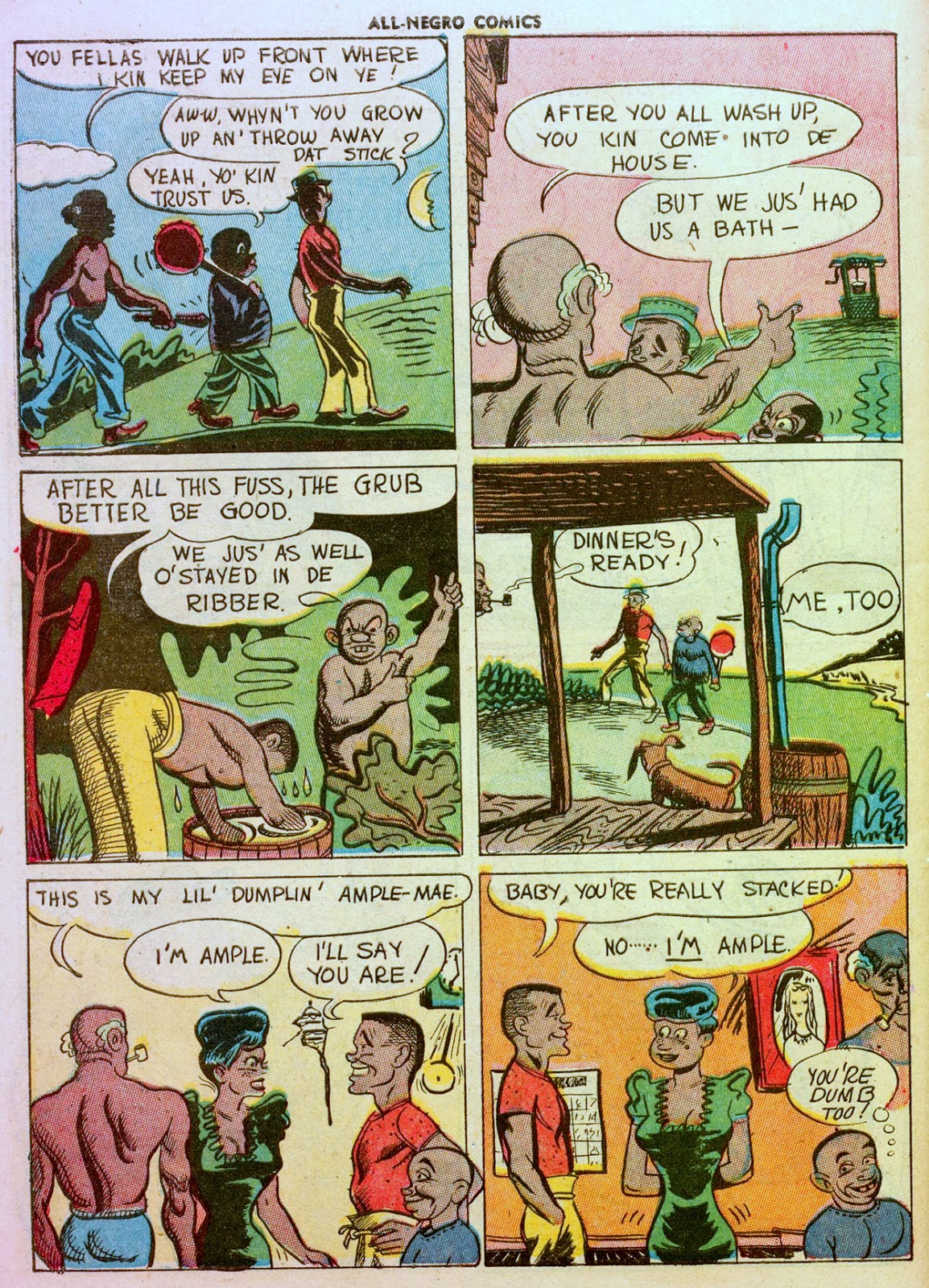 The previous page introduces a gag that runs through the rest of the story - Sugarfoot saying that Ample is something or other, and she trying to get across to him that her name is actually Ample. Sugarfoot's line, "Baby, you're really stacked!" suggests that this comic wasn't really intended for children. 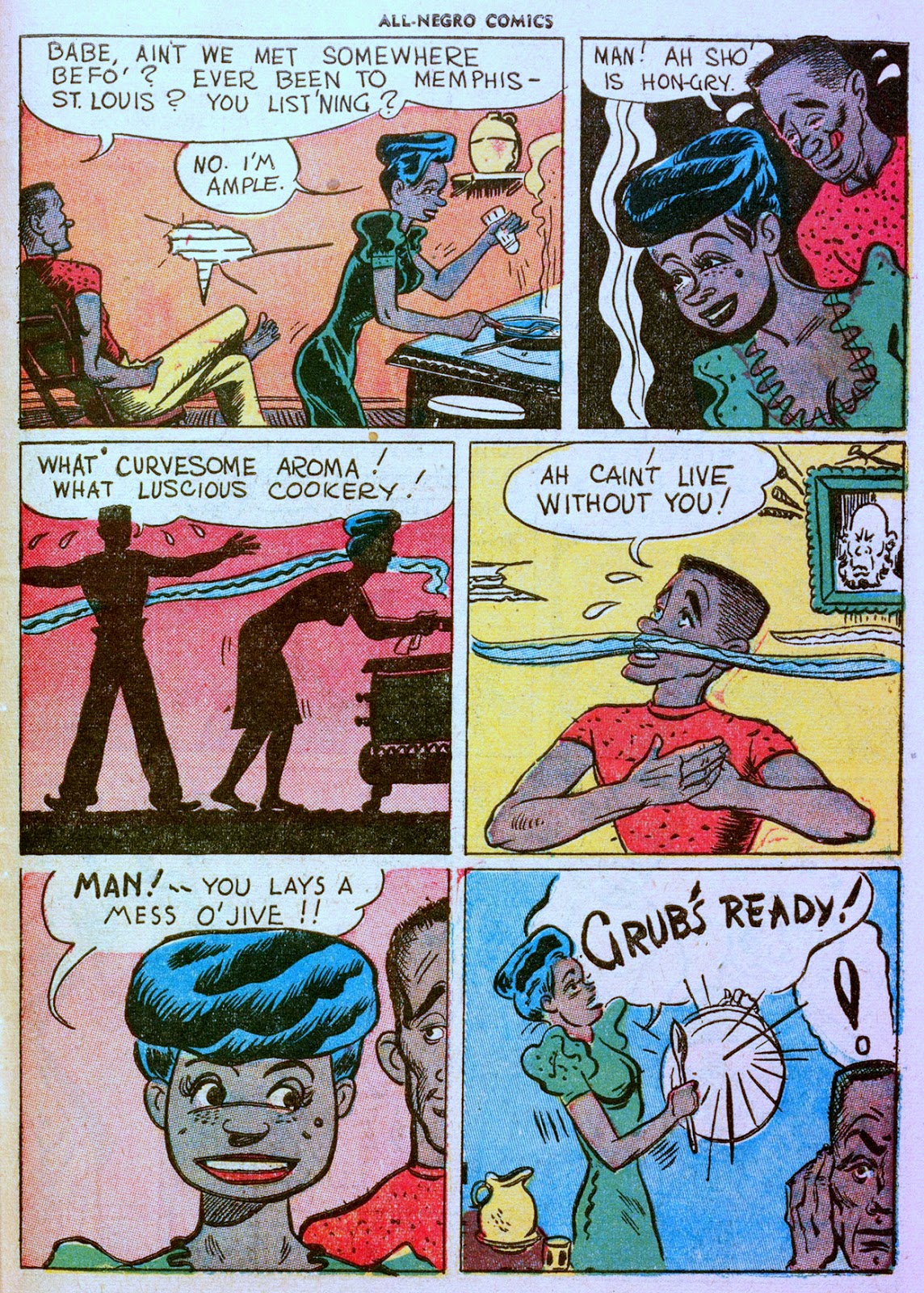 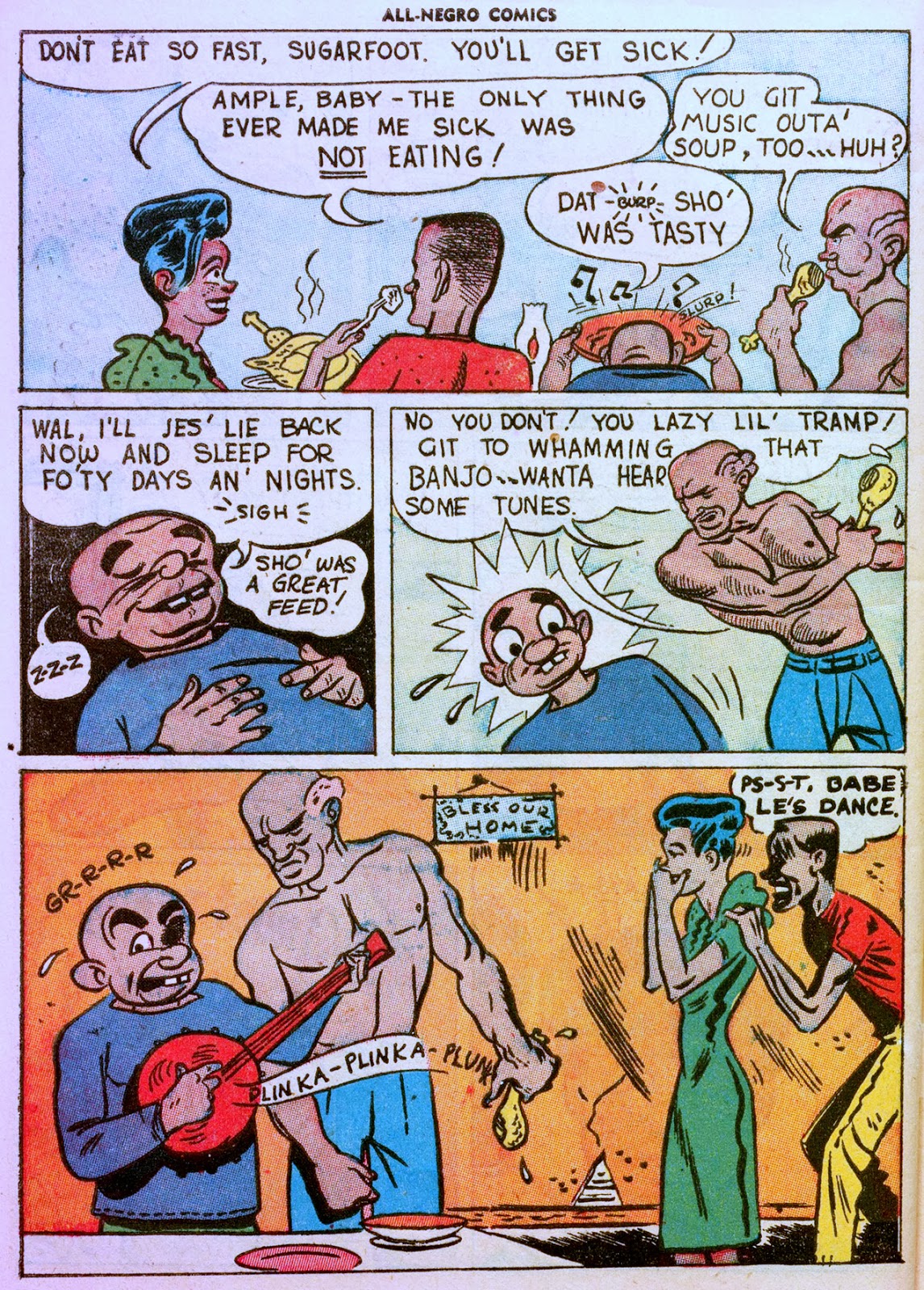 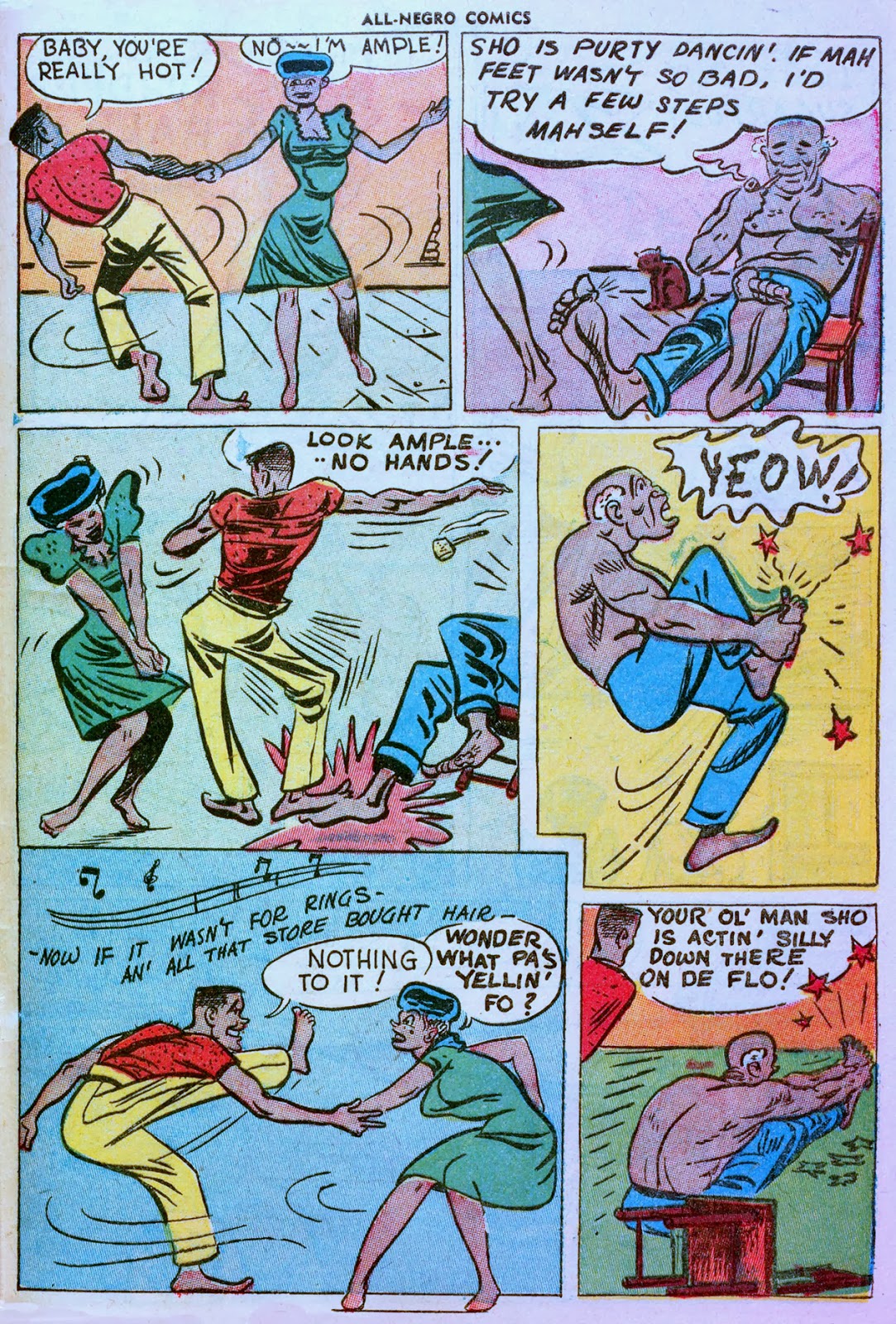 The lyrics of Snake Oil's song suggest that it is a customized version of St. Louis Blues. Snake Oil must be pretty good, because Sugarfoot and Ample are really swinging! 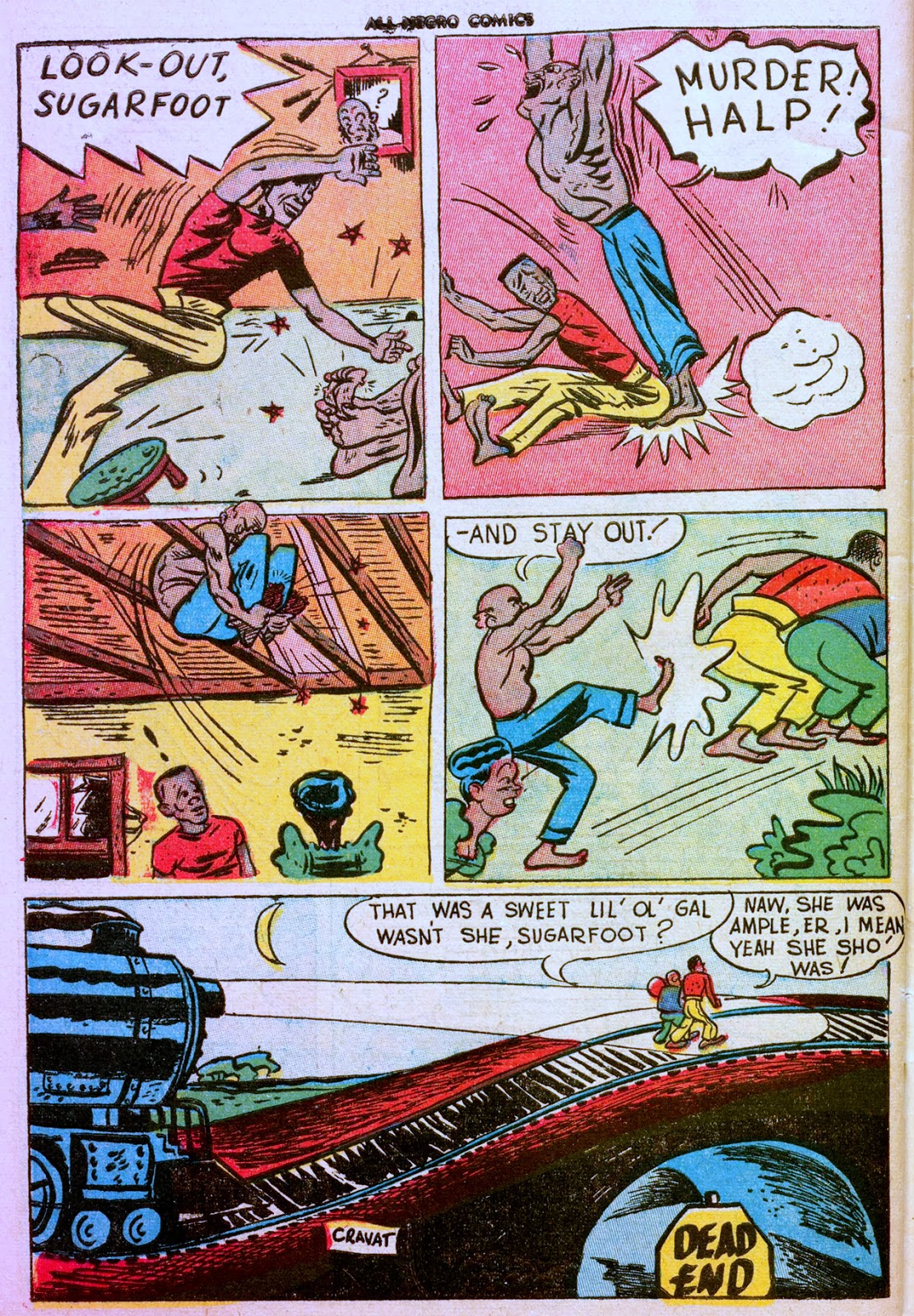 The story ends nicely with a reprise of the running gag and the two about to have to dive off the railroad track like they did in the beginning. I like this story for the skillful way it takes us through the various stages in the narrative. To me, the art is more complex than it appears at first glance, and it's very communicative. I have to say that I've really enjoyed reading this story, and the Ace Harlem story featured recently on Out Of This World. It's sad that there was only one issue of All-Negro Comics.
Posted by KB at 6:55 PM No comments: