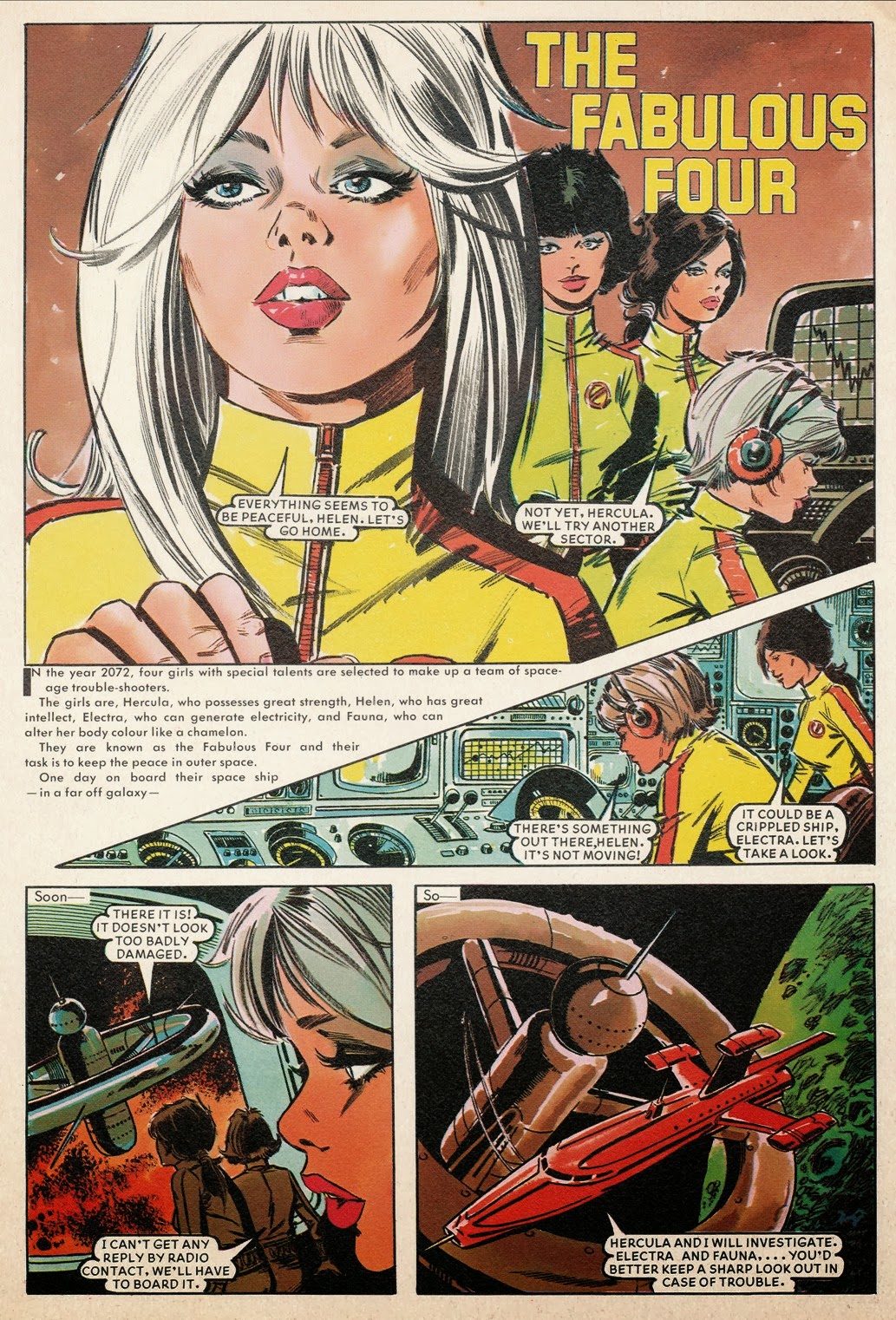 With every little bit I learn about the Spanish artists who worked for British and American comics in the 1960s and 70s, the more I realize that I don't know. These artists were/are simultaneously often very expert and accomplished in terms of the work they produced, but remain relatively poorly known, except for one or two. Enrique Badia Romero is one of the better known, but understanding even his work is complicated by the fact that he had a brother who was also a comic artist with a very similar style. Out Of This World has previously featured examples of Romero's work on British girls' annuals, and here's a couple more. First is the Fabulous Four story from the 1975 Diana Annual. When I try to define what it is that makes it Romero, I gravitate to the bushy eyelashes, the wisps of out-of-control hair, the liberally-applied eye shadow, and the pouting lips. But as those of you who like the work of Spanish artists will know, Romero isn't the only one whose women are rendered in this fashion. We're sometimes down to very subtle differences in the 'Spanish' or 'Catalan' style. And with these artists often not signing their work, the problem can get complex. So I have to say that I think, I'm pretty sure, this is Enrique Badia Romero, but I can't be 100% sure unless David Roach agrees! One thing is for sure, 'Spanish' artists deserve wider recognition for the work they did in Britain and the USA. 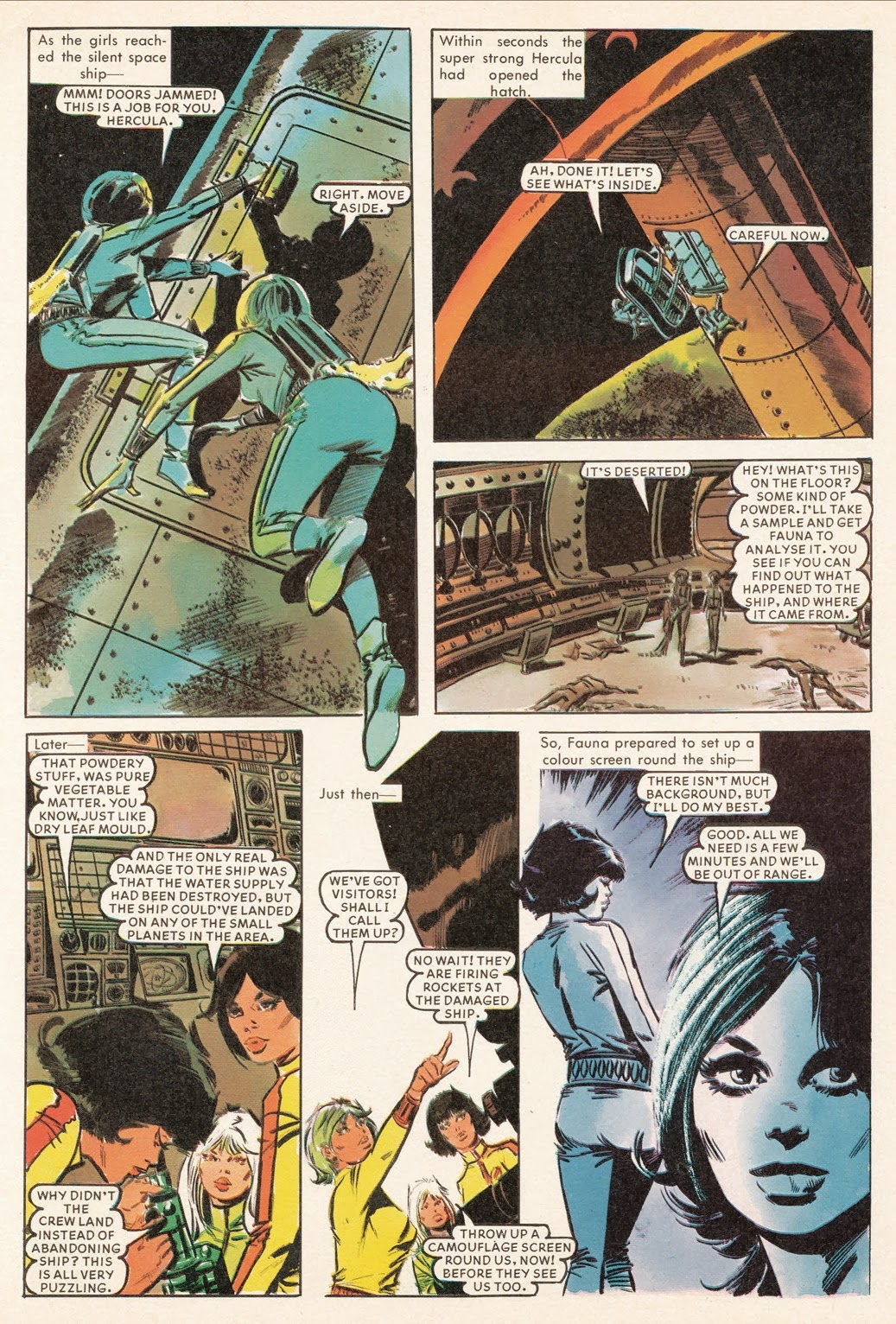 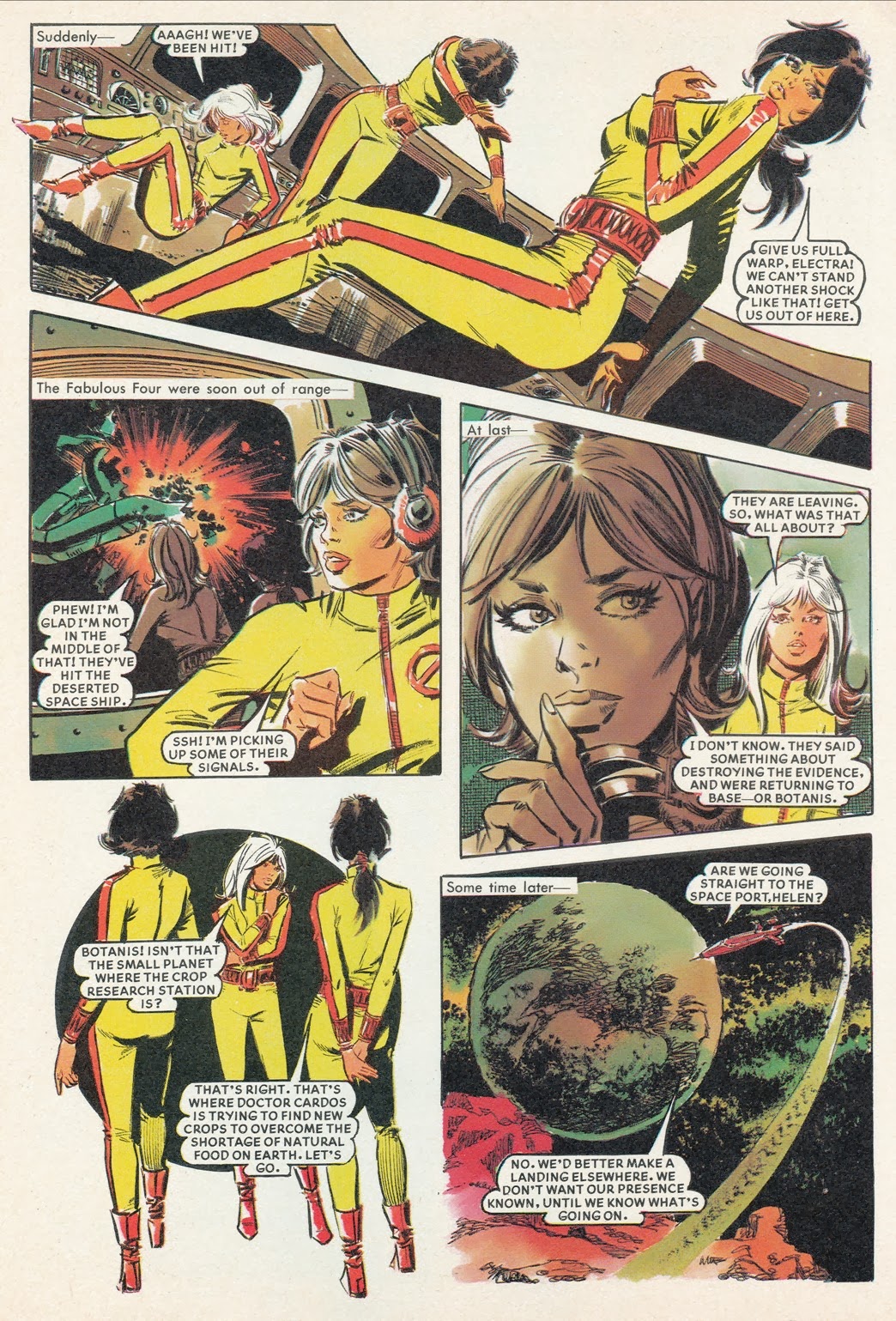 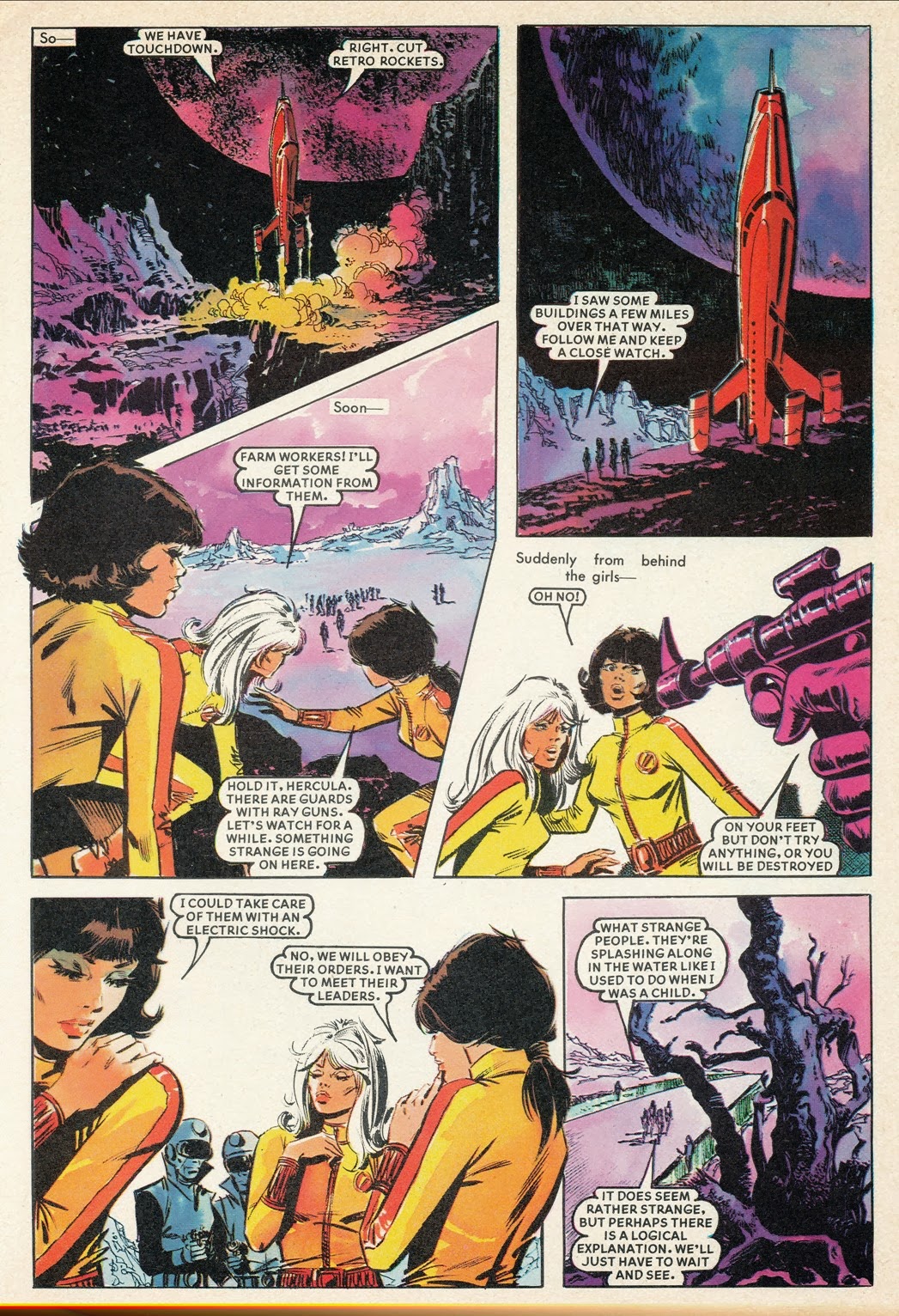 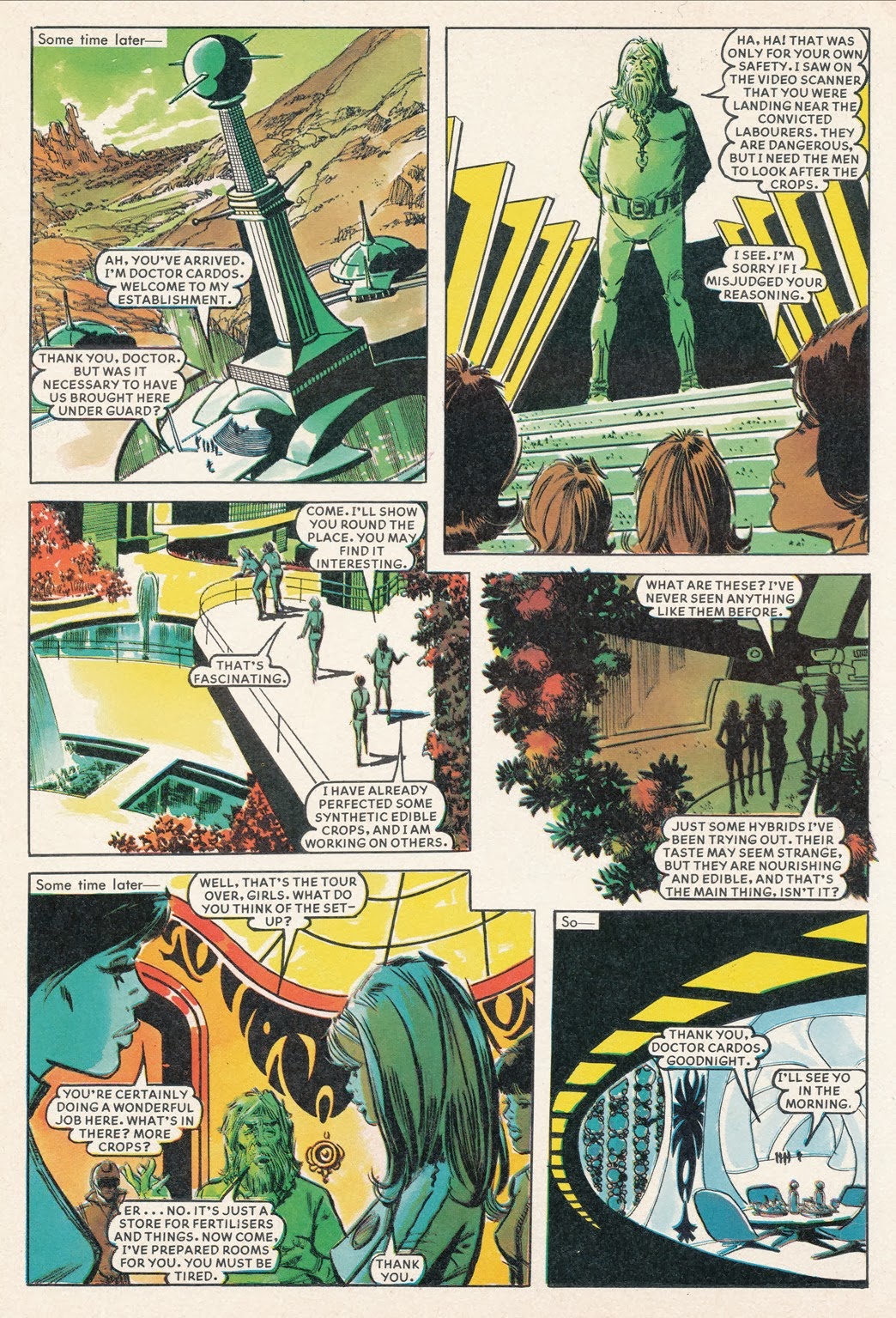 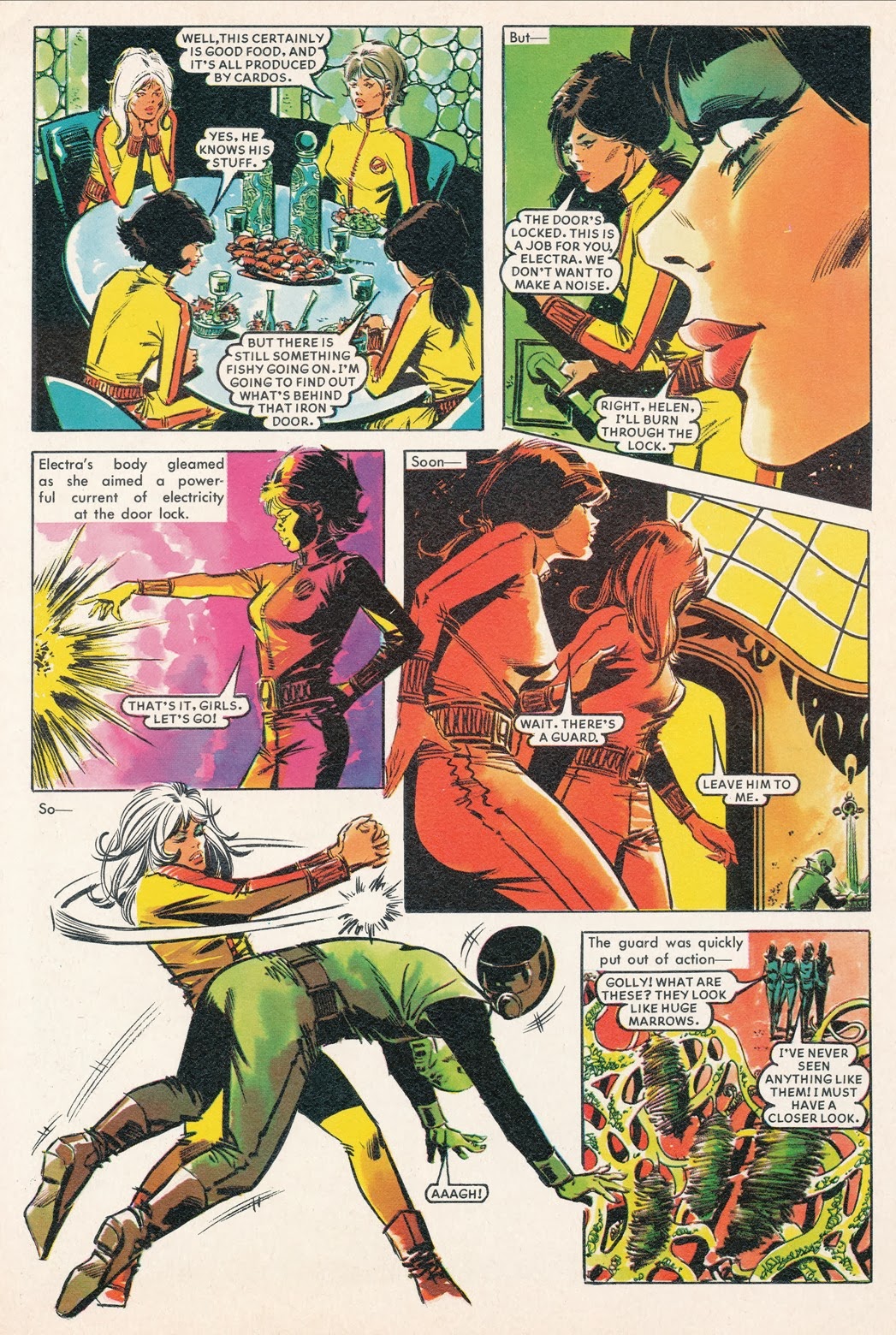 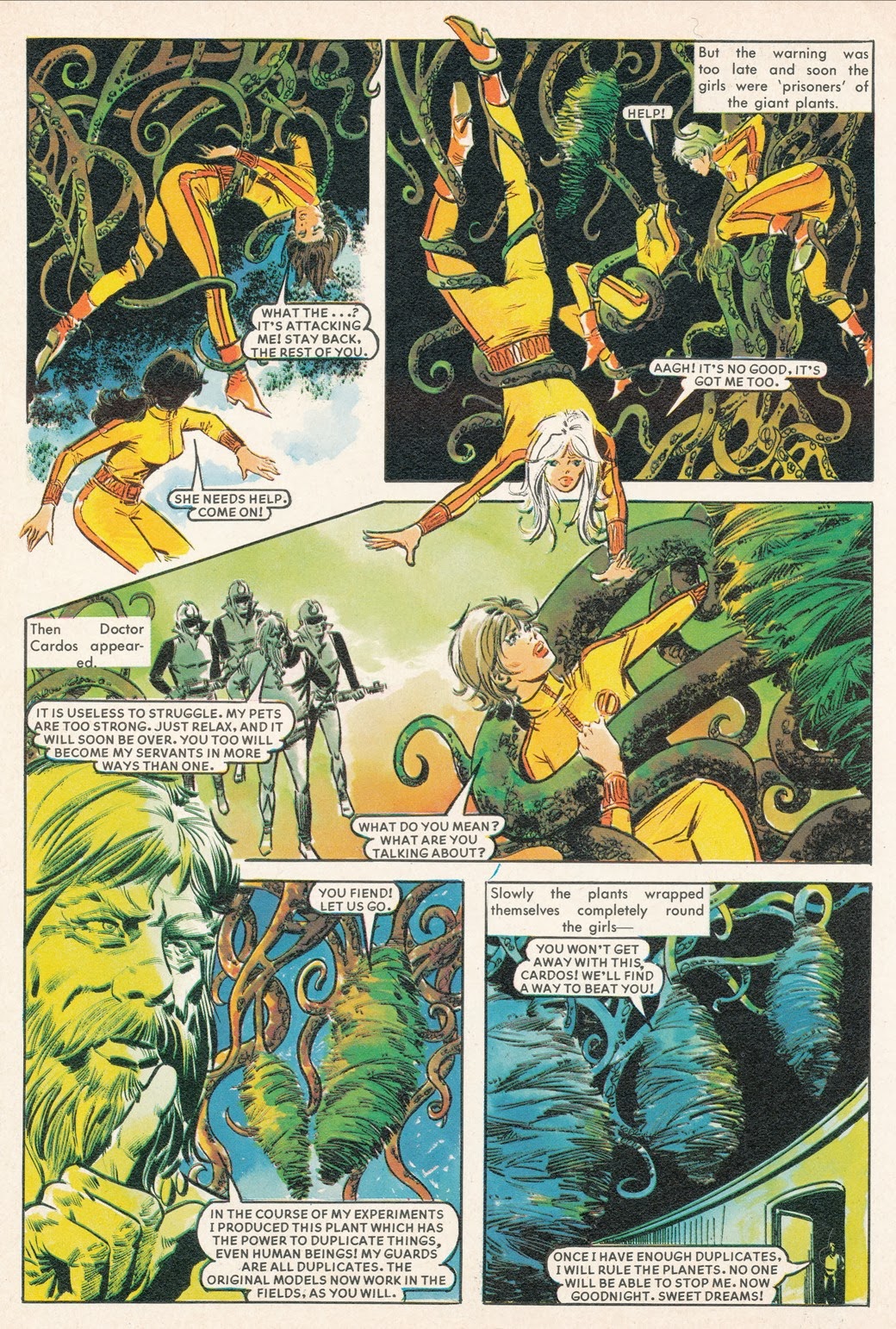 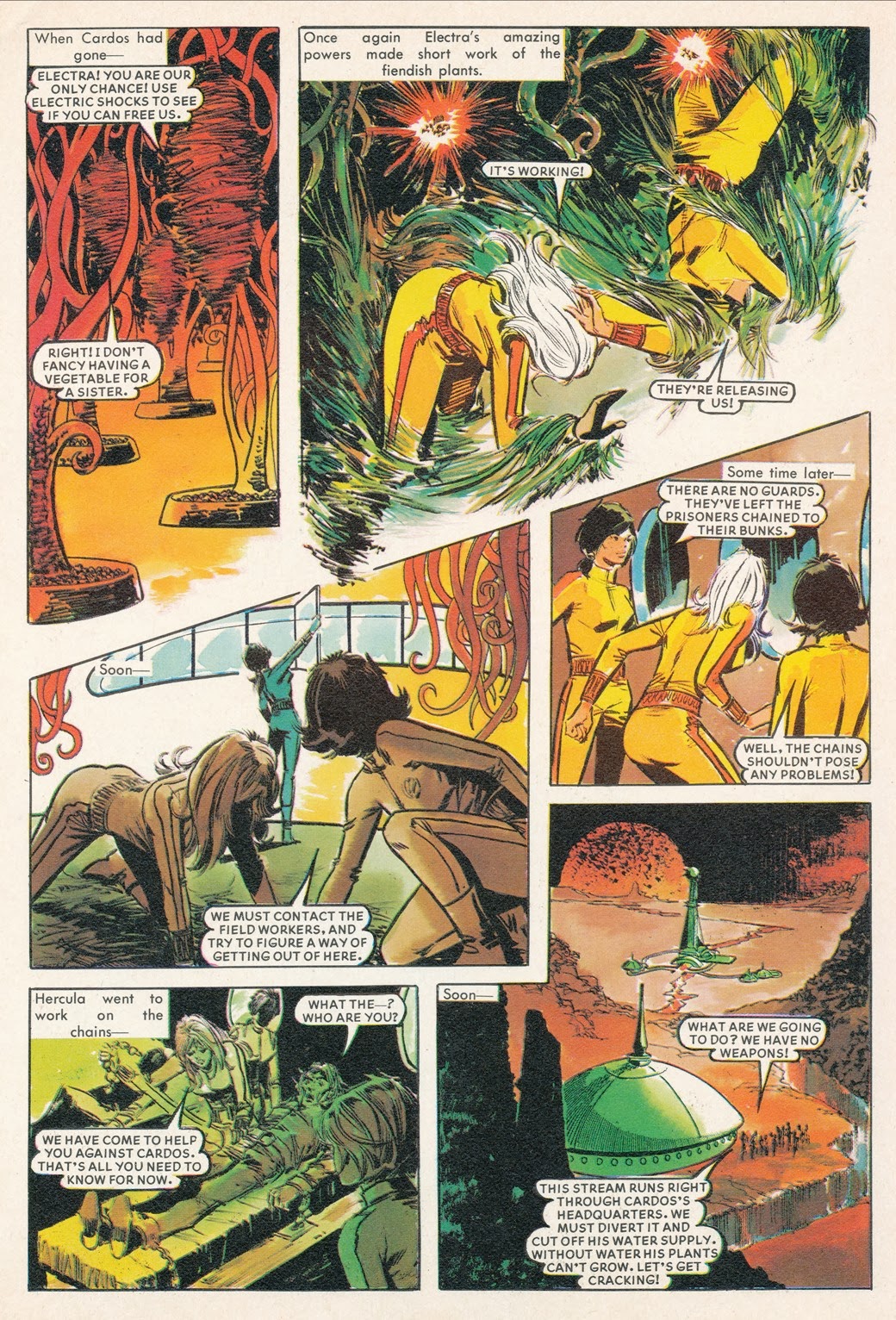 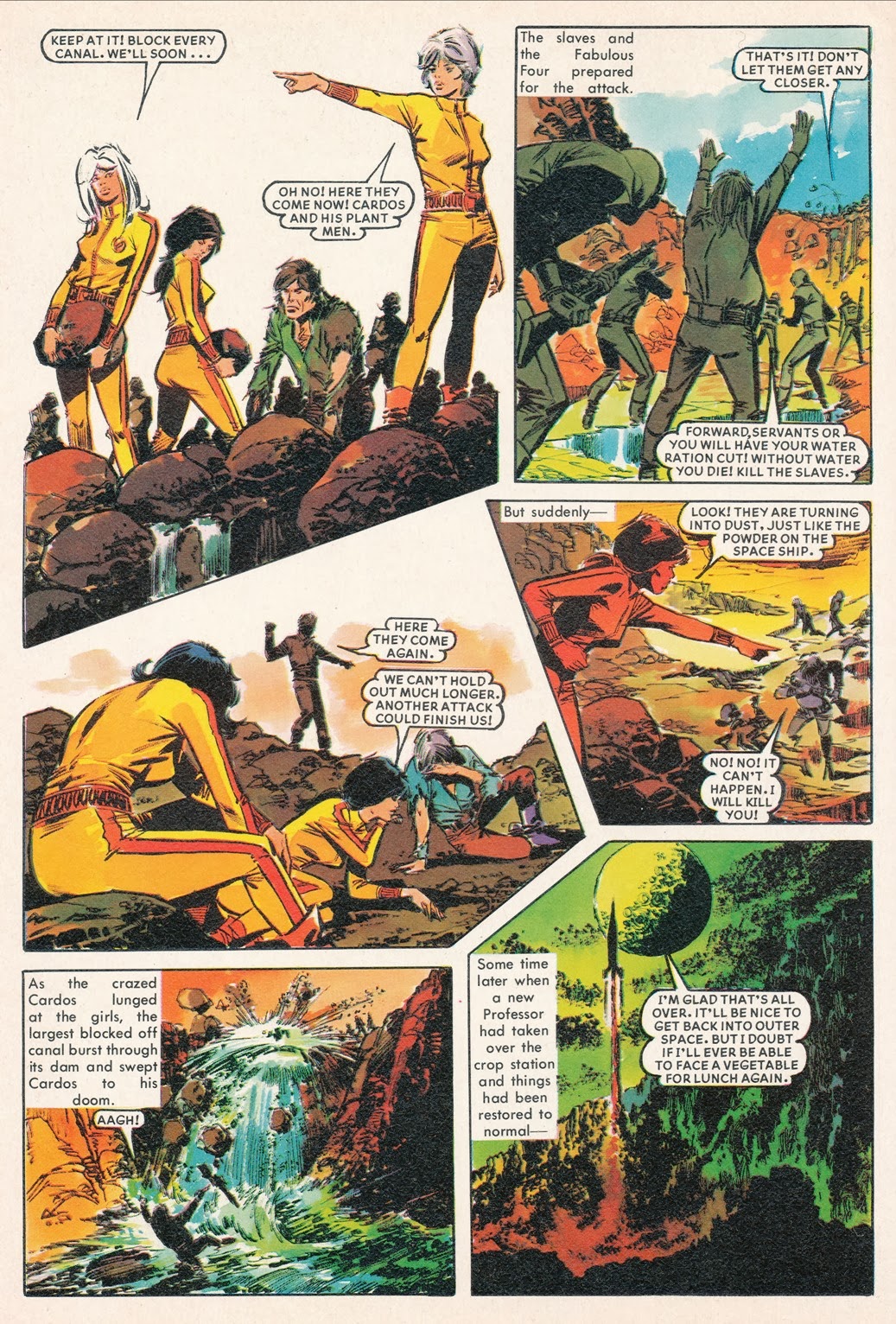 Now here's the 1974 Diana Annual Fabulous Four story. Was it the first? I don't know. The art looks similar to the 1975 story, but different at the same time. Does it represent an earlier phase in the evolution of the same artist? Is it more restrained, deliberately, because the artist was attempting to test the water? The characters certainly look younger. Is it by Romero's brother? Different inker? What do you think? 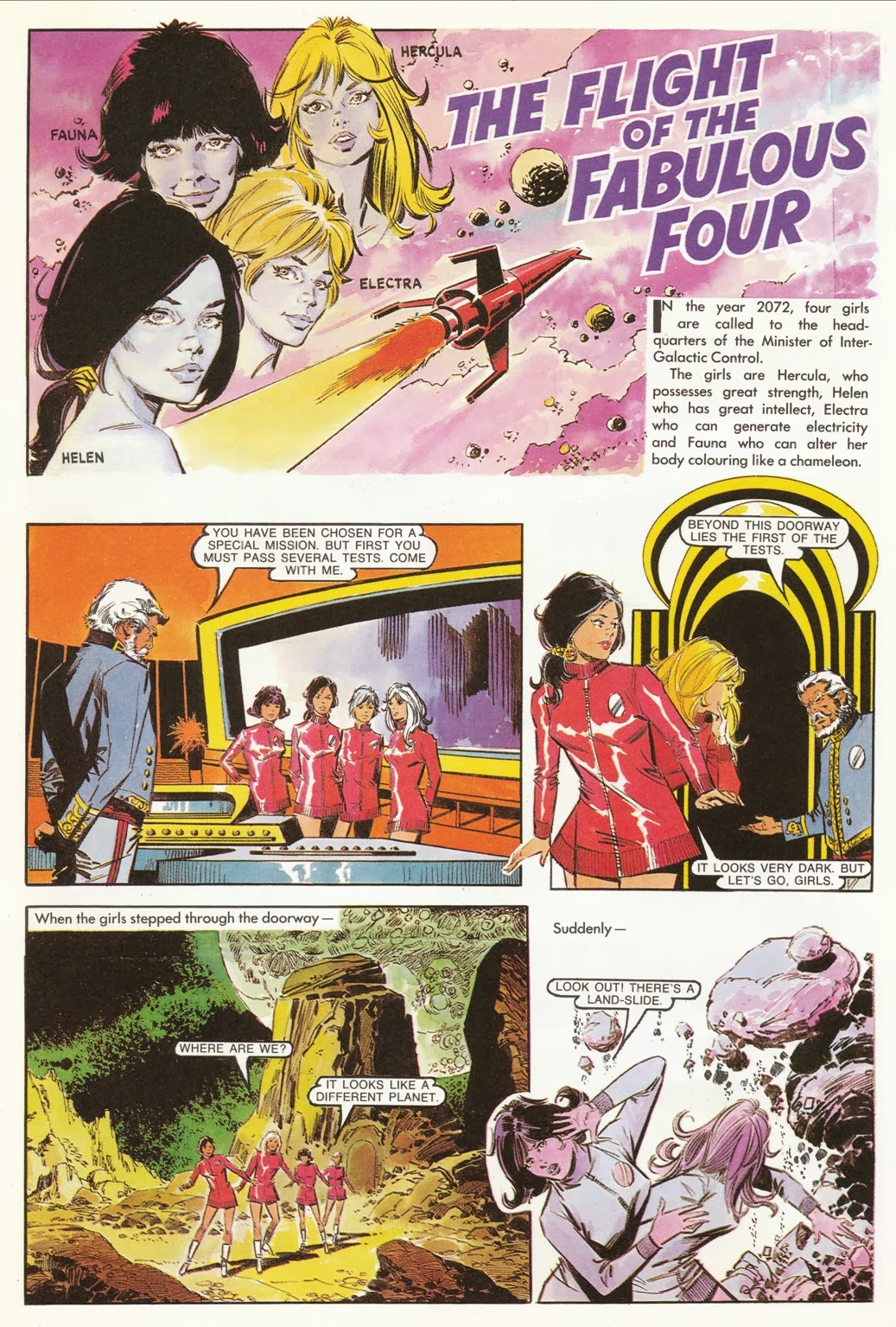 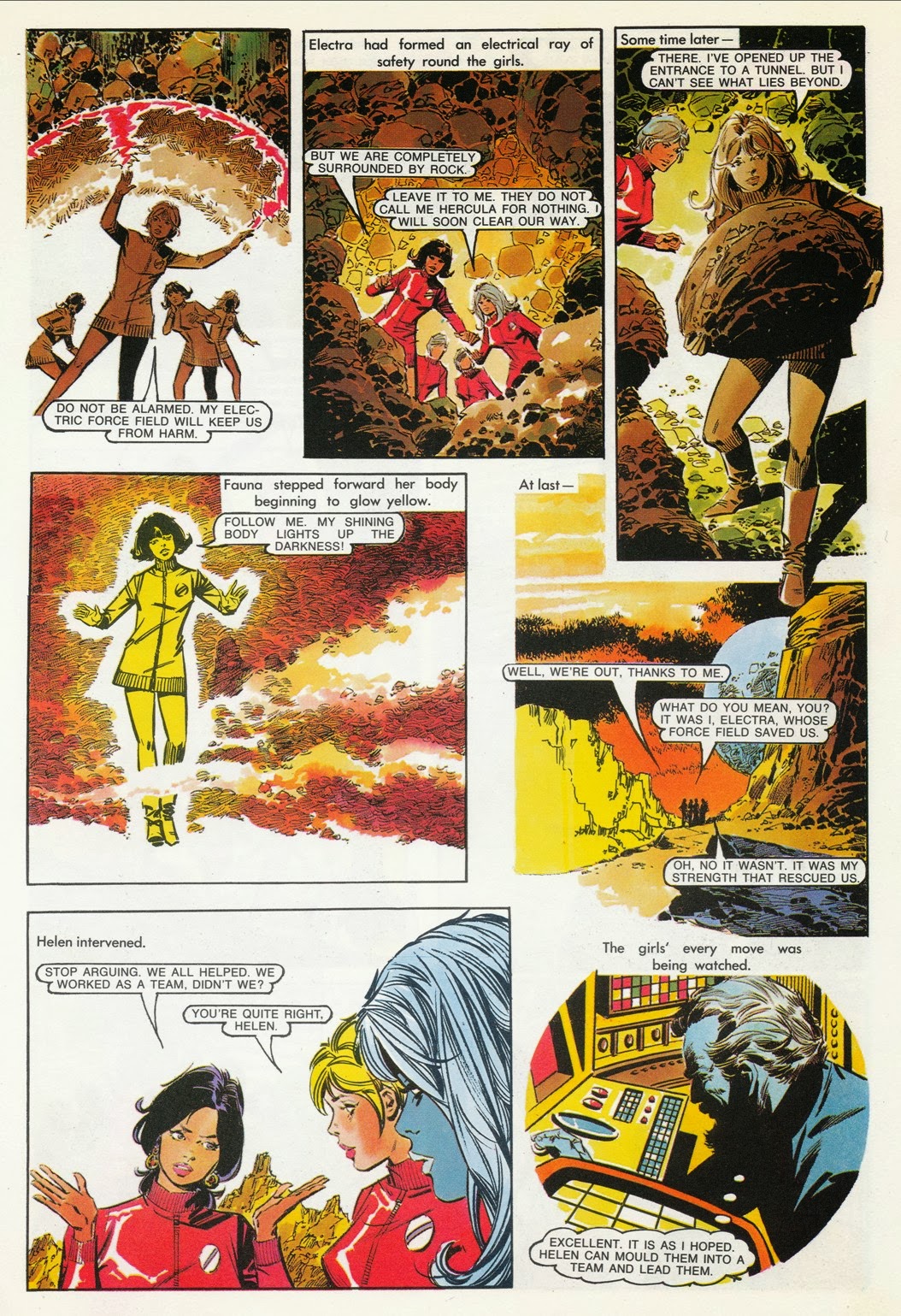 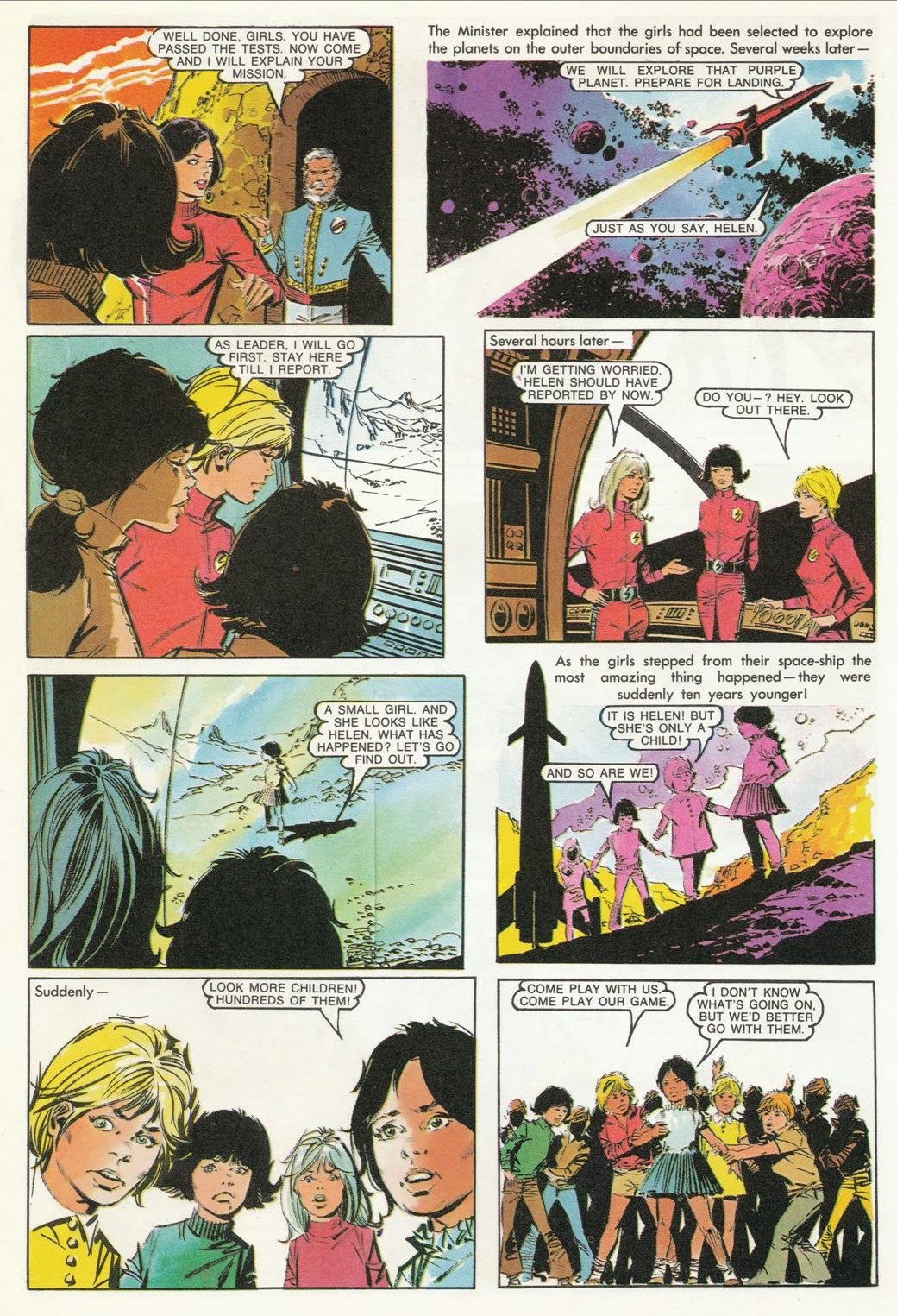 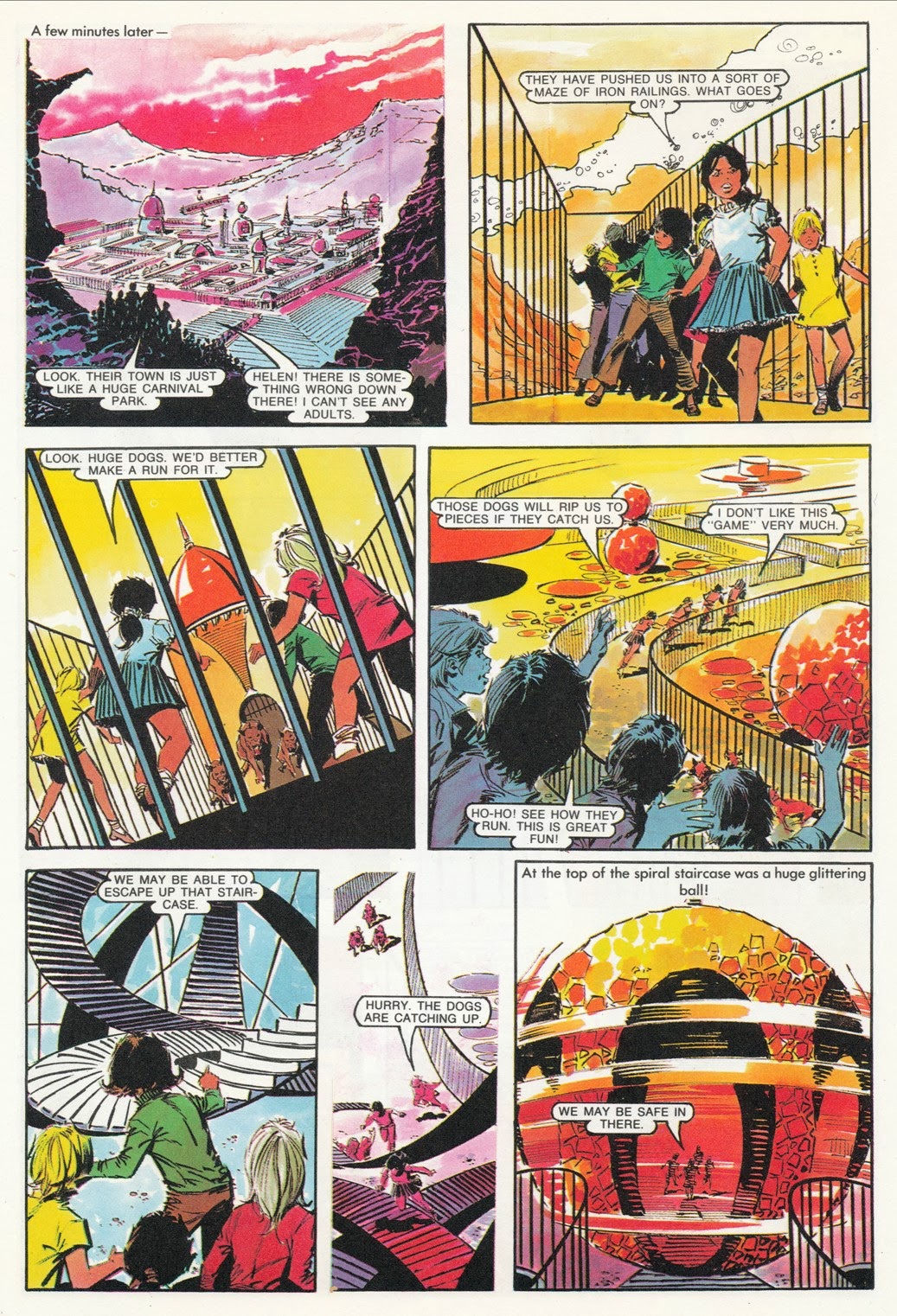 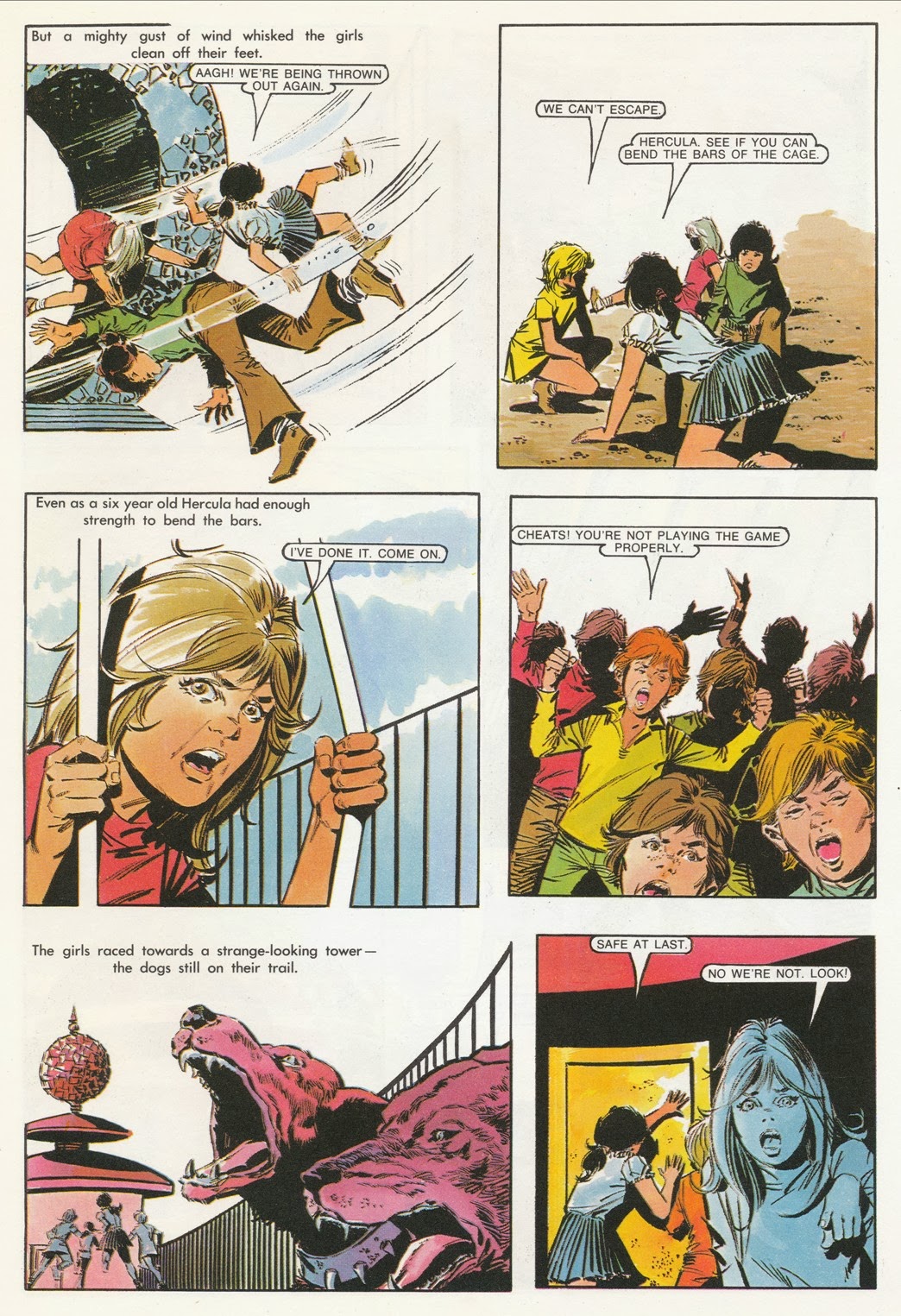 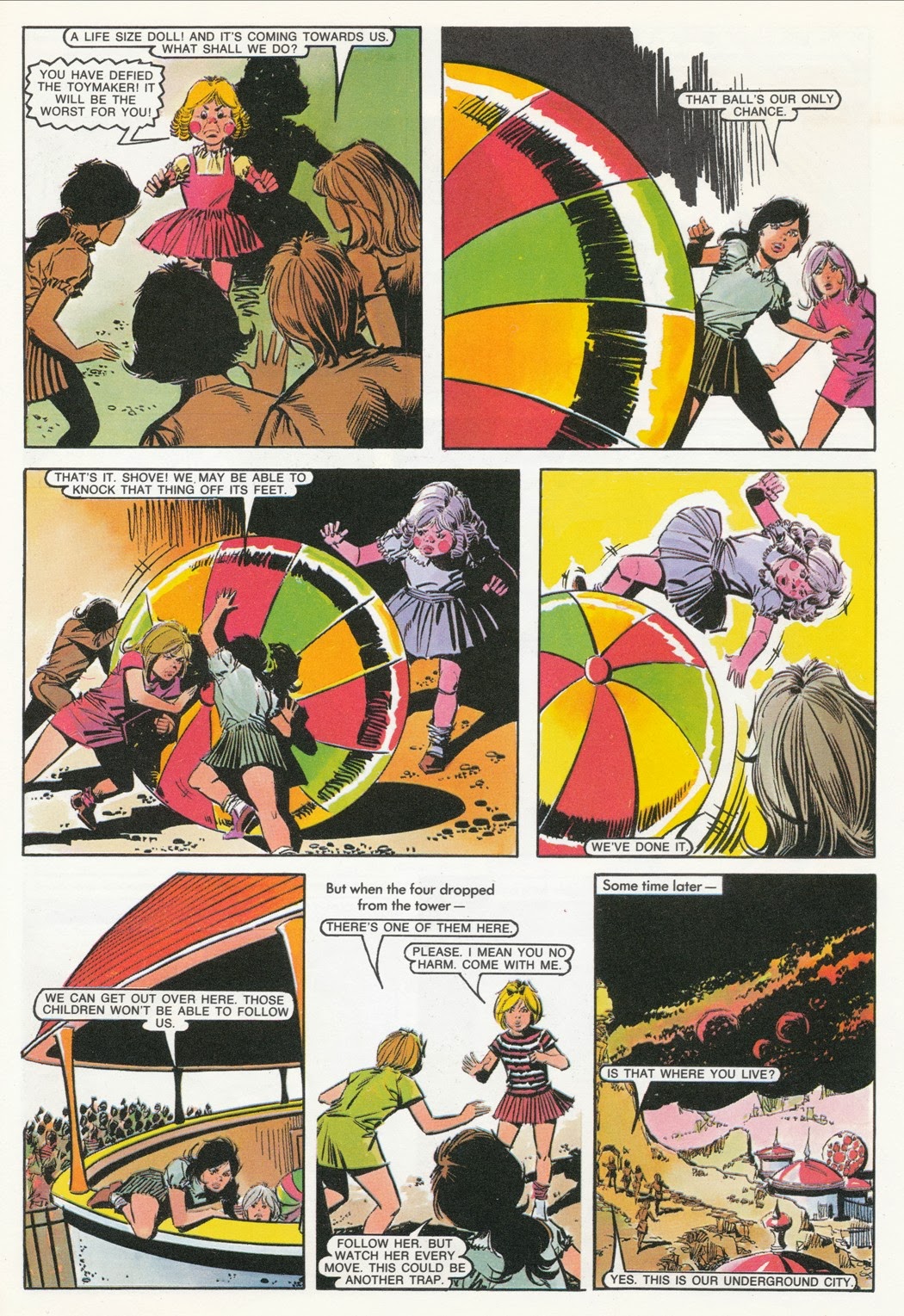 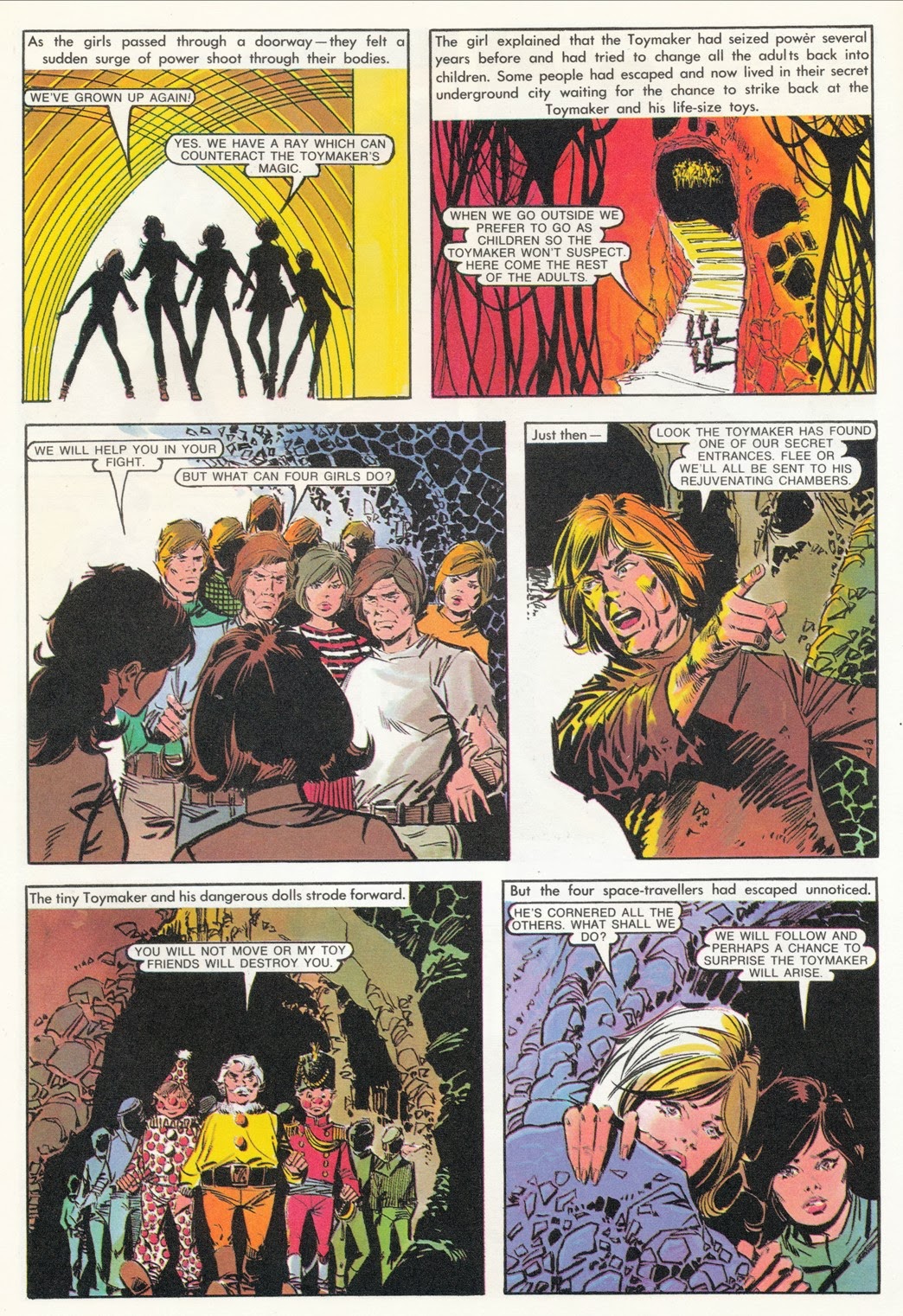 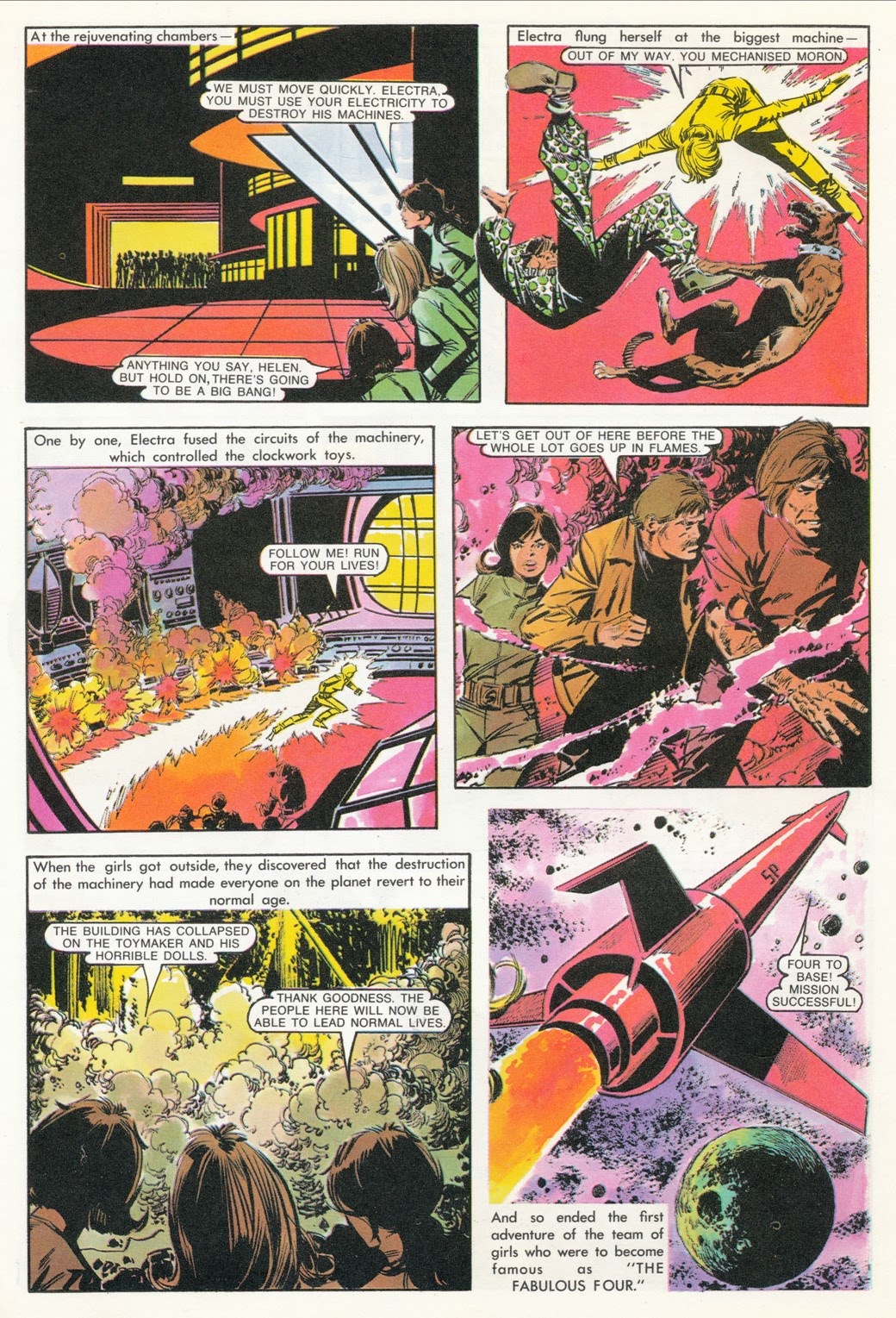 I don't have any more Diana annuals, so I think that's the last we'll be looking at the Fabulous Four here on Out Of This World. But watch out for more work by Spanish artists in upcoming posts.
Posted by KB at 3:46 PM 1 comment: