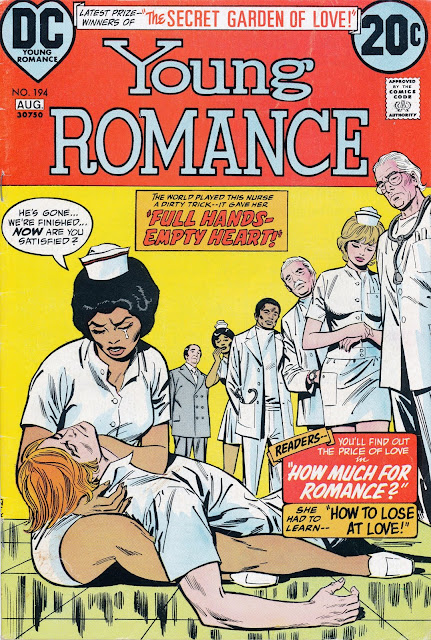 The July/August 1973 issue of DC's Young Romance features a tale of inter-racial love in a hospital setting. It's interesting that it's an anti-racist piece again written by Bob Kanigher, this time illustrated by John Rosenberger and Vince Colletta. African American Nurse Phyllis Carter is a gorgeous but single woman, lacking confidence that she will ever find a partner to love her. She even helps other couples get together, like the wheelchair-bound lovers at the hospital, who provide a brief reprise of DC's phase of increased disability awareness. But then out of the blue she falls straight in love with a doctor new to the hospital, when she finds herself assisting him with an emergency. 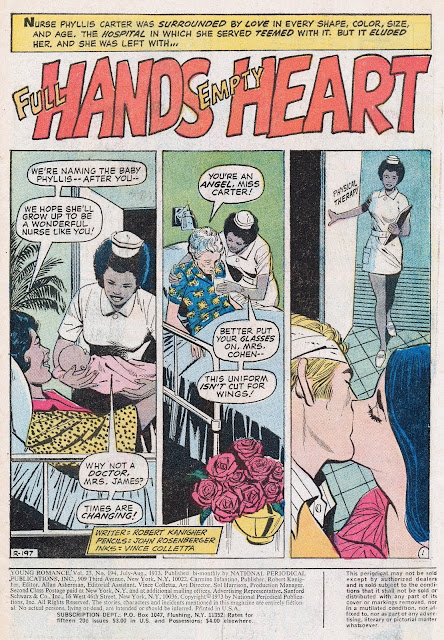 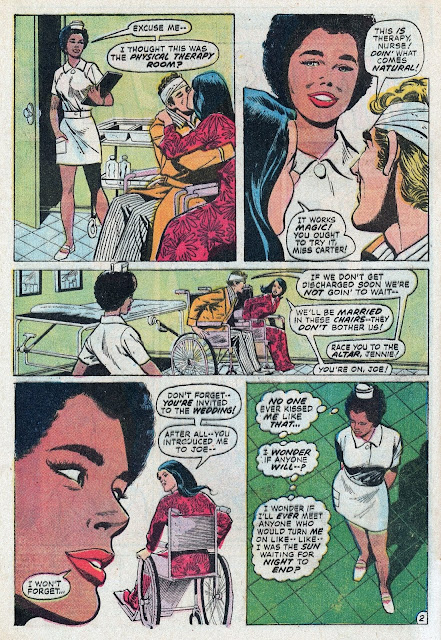 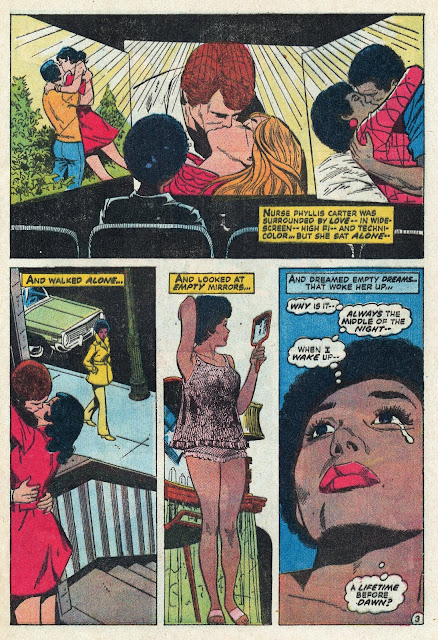 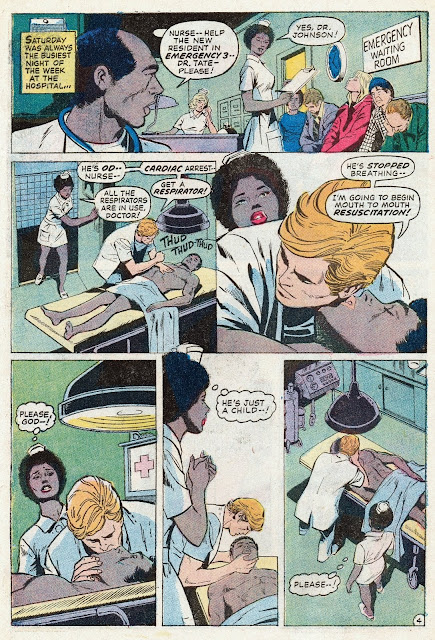 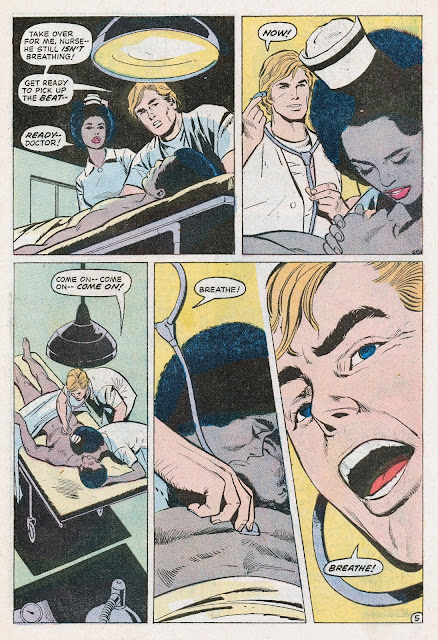 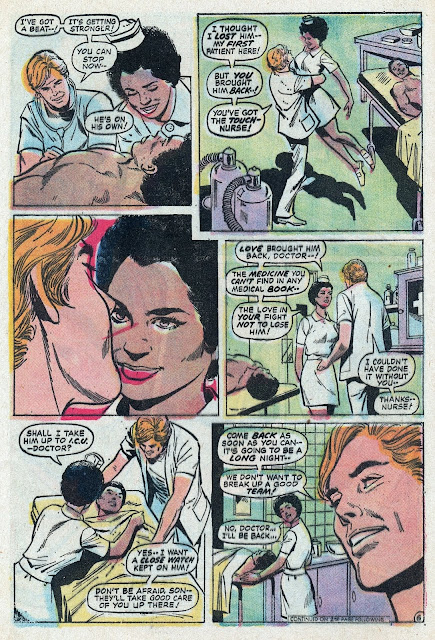 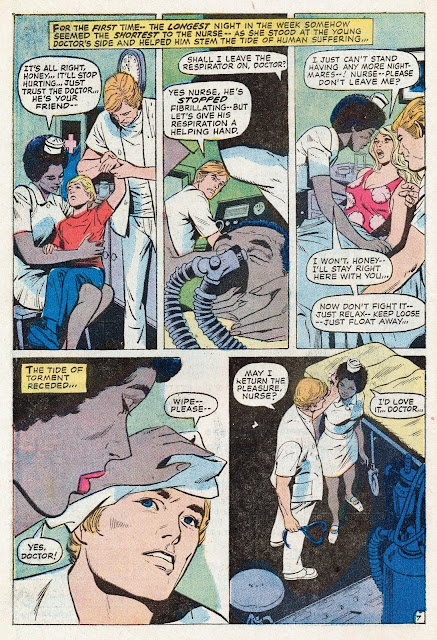 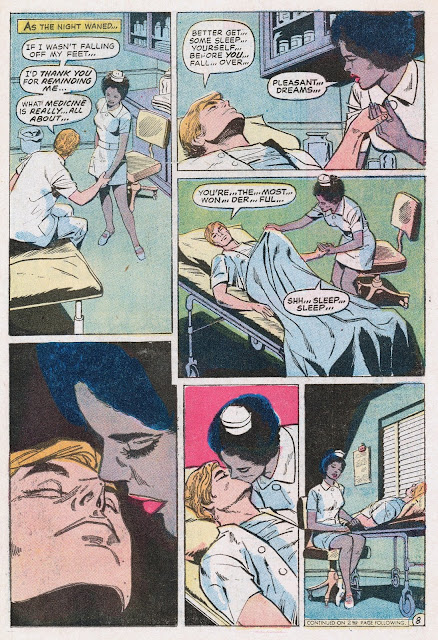 While not a problem at all for these two love birds, the fact that they are representatives of different racial groups doesn't sit well with their respective sets of friends, nor with the rest of the hospital staff. The couple go through their own version of Columbia's "Guess Who's Coming To Dinner?" (Sidney Poitier, Spencer Tracy, Katharine Hepburn, Katharine Houghton, 1967). 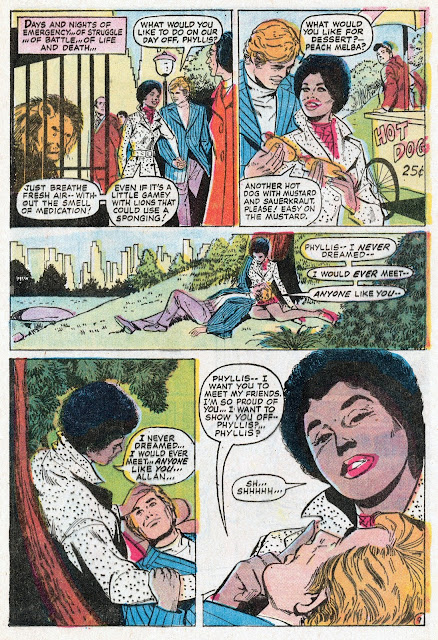 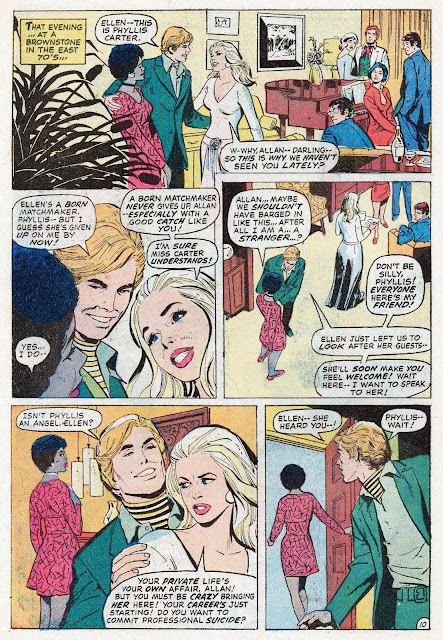 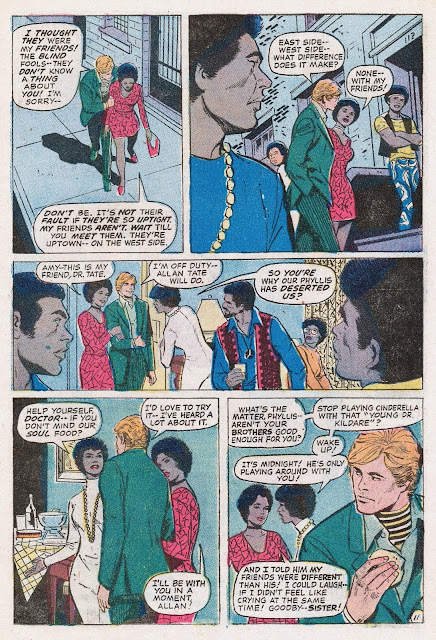 The story gives a sense of the strength of the couple's love, that continues despite hostile social environments everywhere they go. Tragically, it comes to an abrupt end when Phyllis's doctor takes a knife thrust to protect her from a drug-crazed patient she's caught trying to steal medications. As sometimes happens, the knife gets something vital and the doctor expires in the arms of his love. Poor Phyllis has just lost her life as well, and dazed but in an angry phase of grieving, she doesn't hold back in letting the prejudiced staff know her feelings - "We're finished. Are you satisfied now?" But her boyfriend's last wish was that she didn't go sour on the world, and quickly she composes herself and morphs her anger into a philosophical stance with the line, "If we don't learn to love each other, the world will always be a jungle!" 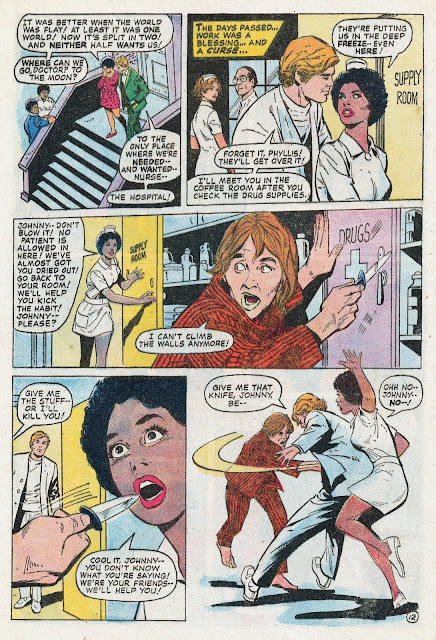 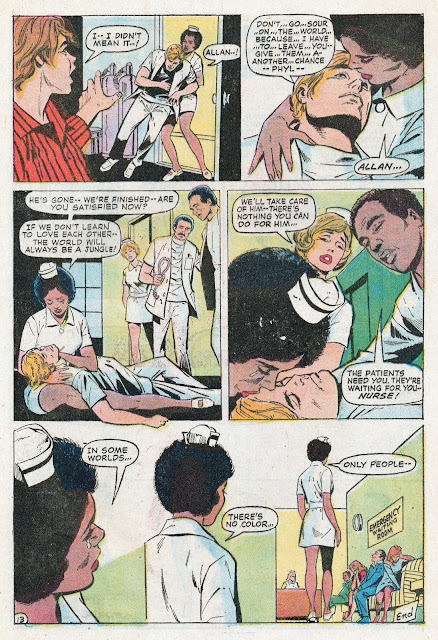 Phyllis's parting line, as she accepts her loss and walks off to continue tending to the sick, is, "In some worlds there's no color, only people..." Although this stance is sometimes criticized nowadays for being color blind and non-PC, I don't equate color blind with culture blind, and I don't think the intent of this story is to negate appreciation for different cultural groups within society. I think Kanigher, through Phyllis, is saying that skin color isn't a criterion by which a person's worth should be judged, and that's true to Dr. MLK Jr.'s philosophy. So I'm definitely with Phyllis on this one and I say, "Amen to that, sister!"