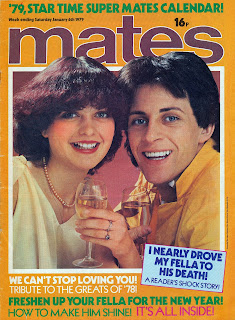 Like Jackie, upon which this comic appears modeled, Mates was a comic magazine with a mixture of sequential art stories and a variety of pop, fashion, dating, horoscope, and other features. The format of these British weekly romance comics appears heavily borrowed from their slightly earlier American counterparts, with a change in balance in favor of the magazine items.  Many thanks to David Roach for writing in with the artist identifications for the three romance stories in this issue. The themes are typical of those found in the genre on the other side of the Atlantic, as this first story, drawn by Ramon Escolano, demonstrates: 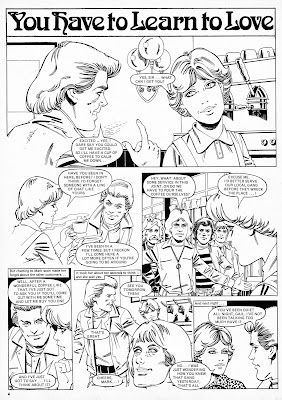 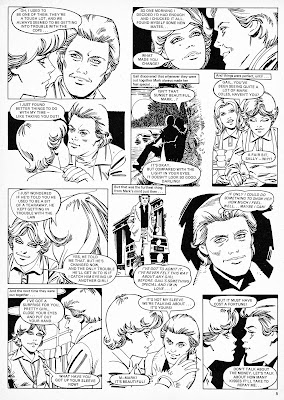 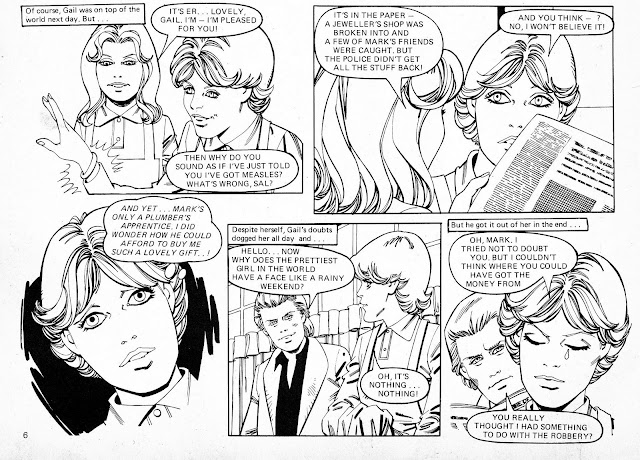 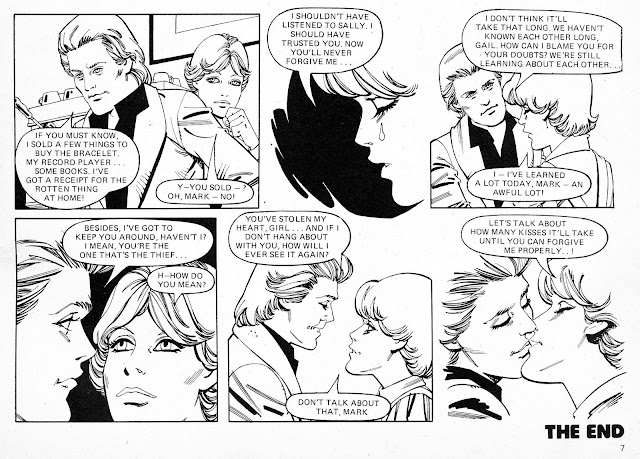 Although two of the stories in this issue are self-contained, the second is part of an on-going serial. Again, the theme of this story will be one familiar to fans of American romance comics. This artist is Ron Lumsden: 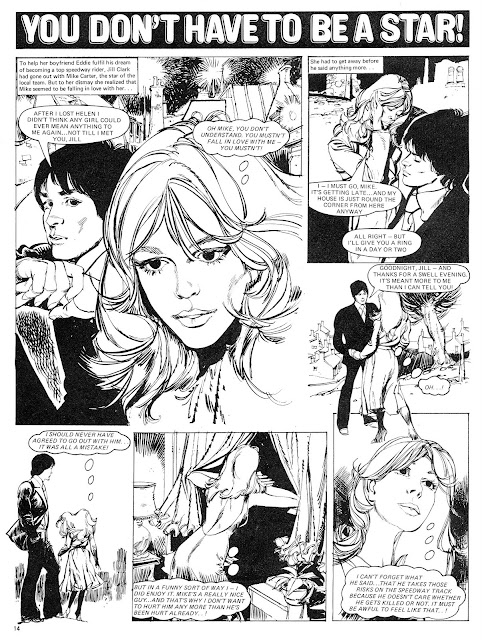 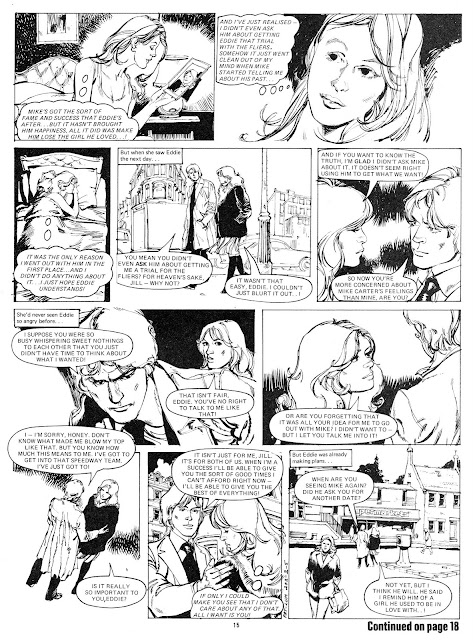 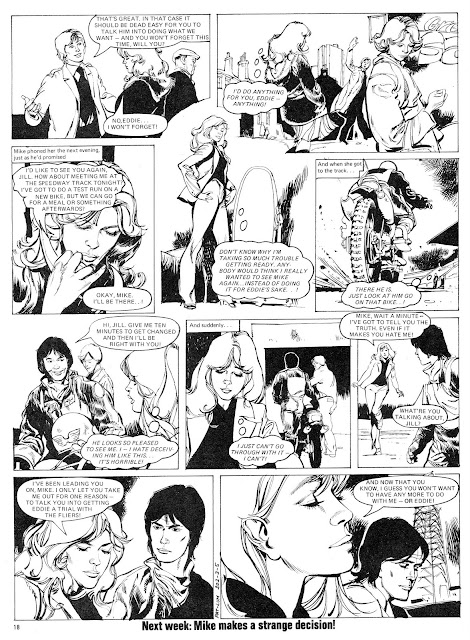 Just as Jackie mirrors particularly the DC romance books in having a fashion page or two, so does Mates include a fashion feature: 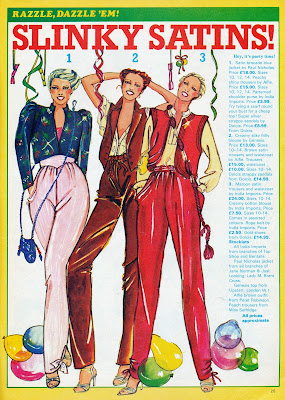 Saving the best for last, the third and final sequential art story in the book sports some very superior quality artwork by Rafael Busom, and again uses a common romance comic theme. The girl has to choose between two lovers, with one apparently holding the better hand. When an event occurs that brings out the real nature of each, the girl's dilemma is easily resolved: 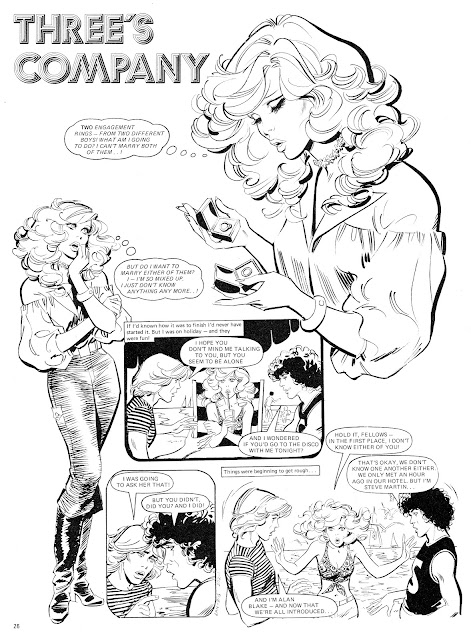 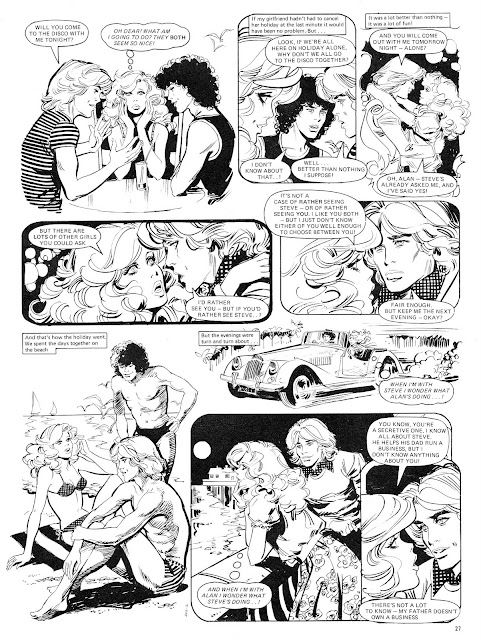 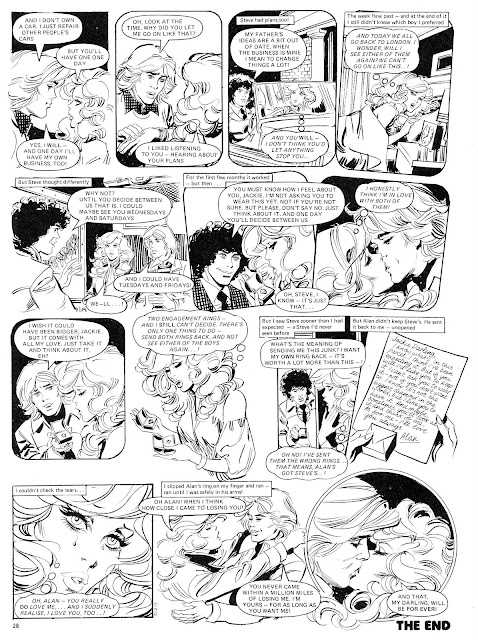 Like romance comics in America, this genre, and girls' comics generally, have received little attention from art historians and comic scholars in the UK. Tragic really when you look at work like this, not to mention the immense relevance of this kind of material in terms of gaining insight into thought patterns and behaviors of the period. There's also that timeless element of people struggling with relationship issues that are as old as the hills and yet still in evidence today, because they're related to the fundamentals of what makes human beings what they are.
Posted by KB at 5:25 PM