The De-Evolution of Nellie the Nurse: Part I of VI 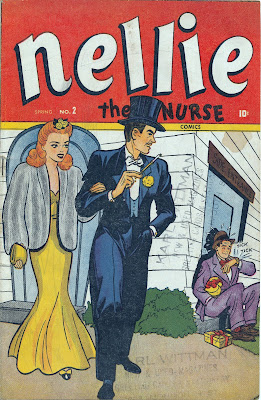 Nellie the Nurse was a comic book series published by Marvel (Timely). It ran for 36 issues, from 1945 through to October 1952. One issue of a second series was published under the Atlas logo in 1957. The title then switched to Dell, who published a single issue in Mar/May 1962, with new characters.

Nellie the Nurse 2 (Spring 1946) illustrates Nellie as originally conceived by her creators, with the two main supporting characters being Snazzy and Speed. The feature is funny, but it's not really teen humor. There's not a strong suggestion of innocent sexuality, so it's only a mild example of good girl art, if it is at all. In this story Nellie is portrayed as intelligent. She's professionally dressed when at work, with a uniform that is not excessively figure-hugging or revealing. It's not a negative image of nursing - Nellie cares about her job. There is the element of wanting the job for financial reasons rather than it being a 'calling' to care for others. 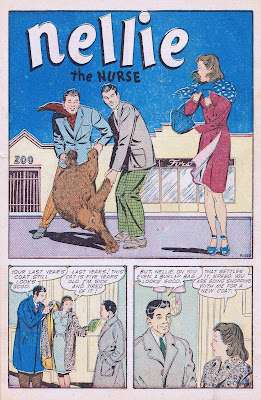 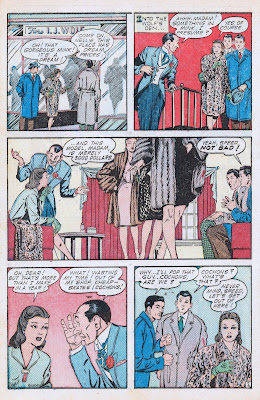 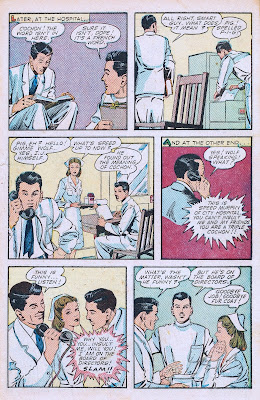 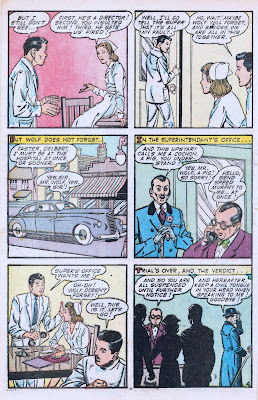 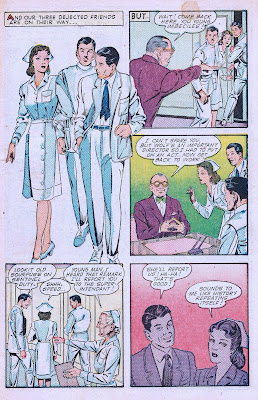 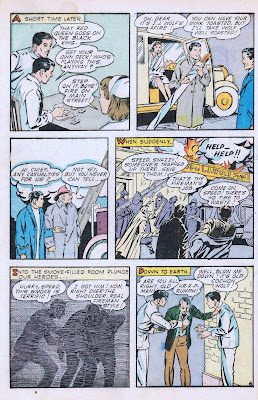 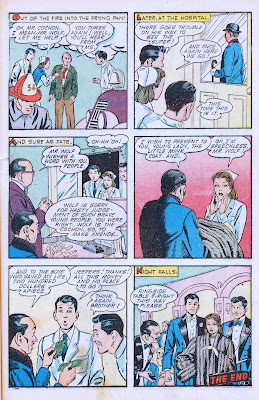 The pace of the story is relatively mellow compared to later issues. Nellie and the other characters are realistically portrayed. In Part II we'll take a look at Nellie a couple of years on and see how the comic moved further in the 'good girl' direction, with slightly more stylized, cartoon-like characters, and humor more typical of teen books like Archie.
Posted by KB at 6:23 PM